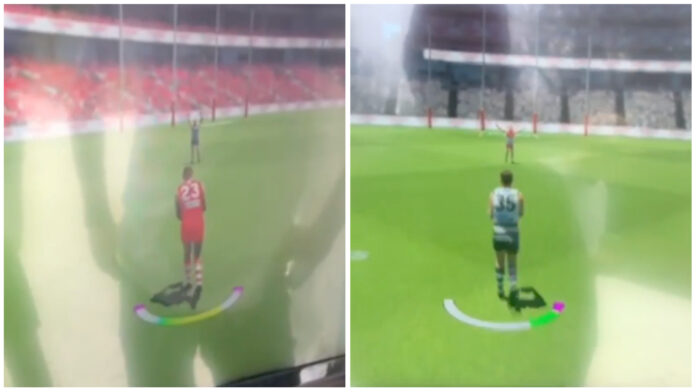 AFL fans can test the demo of the next Aussie Rules video game, with Australian developer Big Ant Studios setting up shop at Yarra Park.

While details on the game's likely release are not yet known, fans can head to the 2022 Footy Festival surrounding the MCG this week to get an early chance to play the incoming AFL game.

Big Ant Studios have been prominent manufacturers in developing AFL games for consoles, having previously released AFL Live over a decade ago.

The company are closing in on releasing their next Aussie Rules game, with fans already lucky enough to have gotten their hands on the early build at their pop-up location this week.

Footage and official gameplay captured by Press Start Australia was unveiled this week.

Our First Look At The Next AFL Game Has Arrived https://t.co/kdCZrNe9ml pic.twitter.com/94GlqpBvFq

The videos include gamers using an Xbox Seris X, a sizeable hint that the new AFL game will be available on the latest gaming platforms.

Footy fans and gamers may be familiar with other past Aussie Rules editions, including AFL Evolution, AFL Challenge and the nostalgic AFL Premiership and AFL Live series'