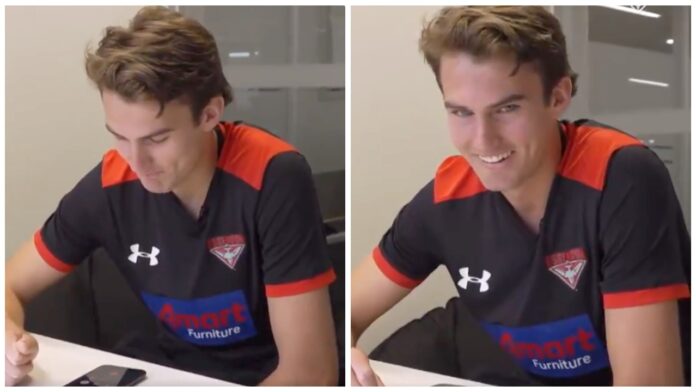 Essendon have confirmed their fifth AFL debutant of the season, with draftee Zach Reid set to play his first senior game in Saturday night's clash against the Brisbane Lions at the Gabba.

Bombers fans will get to see the final third of the club's top 10 picks in last year's National Draft in Reid (Pick 10), joining Nik Cox (Pick 8) and Archie Perkins (Pick 9).

Essendon's four AFL debutants in 2021 is the most by any club, with Harrison Jones rounding out the crop.

And the fresh faces haven't sopped there, with trade acquisitions Nick Hind, Peter Wright and Jye Caldwell all making their club debuts for the Bombers this season as well as mature-age draftee Alec Waterman.

Reid, a 202cm defender from Gippsland Power, has also previously been used as a forward and pinch-hitting ruckman in his junior days.

He will don Dustin Fletcher's famous No. 31 guernsey not worn since the legendary 400-gamer's final appearance in 2015.

The Bombers on Thursday night confirmed Reid's debut, accompanied with videos of coach Ben Rutten announcing it to the players and the youngster revealing the exciting news to his parents.

We've got your back, Reidy 👊 pic.twitter.com/fgTpWJShFE

The wholesome content you need in your feed. pic.twitter.com/N87kxfeCMb

"He was the best player available in our opinion at the time," Bombers list boss Adrian Dodoro said during last year's draft.

"We set out in this draft to make sure that the spine of the club was going to be in shape for the next 10 years.

"He's a fabulous player. He's got a lot of Dustin Fletcher about him, and some say (Harris) Andrews from the Brisbane Lions also."

The Bombers will look to bounce back from last week's honourable three-point loss to Sydney when they travel to the Gabba on Saturday night to face the Lions.