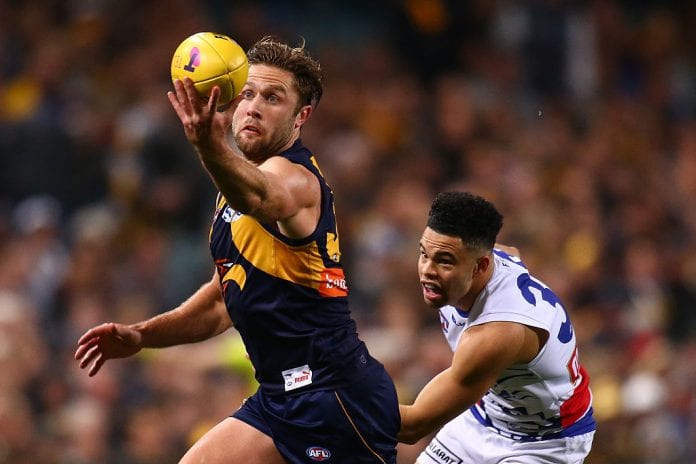 Hutchings had his best season in 2016 playing 18 games.

The 25-year-old has now played 56 games in four seasons at West Coast after he was picked up as a mature-age recruit in the 2012 NAB AFL Draft. He spent a season on St Kilda's rookie list in 2010 before being delisted.

There are a few Eagles still uncontracted for next year although it appears likely that Josh Hill, Fraser McInnes and Simon Tunbridge will be re-signed.

Premiership player Sam Butler and veteran key defender Mitch Brown are both unrestricted free agents while 2014 best and fairest Eric Mackenzie is assessing his options despite being contracted for 2017.