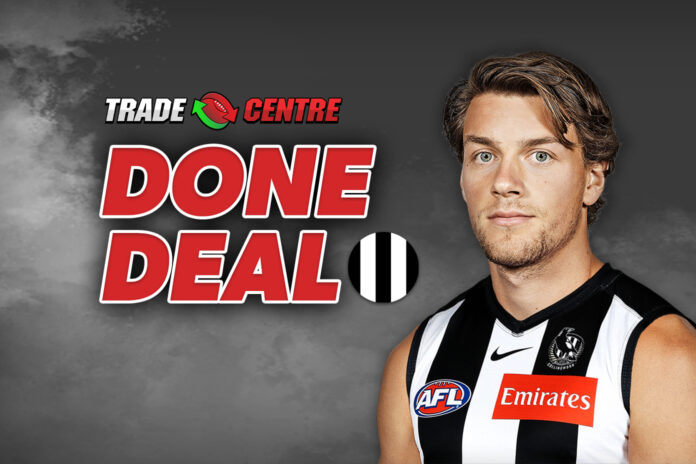 The Western Bulldogs have traded midfielder Patrick Lipinski to Collingwood in exchange for Pick 43.

The deal follows Lipinski's request to be traded to the Holden Centre following the expiration of his contract with the Dogs.

The 23-year-old has played 56 games in the red, white and blue since making his debut at then Kennel in 2017, however was limited to just 11 appearances in 2021.

The Magpies will part ways with their third-round selection in a straight swap with the Dogs following ongoing negotiations, per The Age's Daniel Cherny.

“Patty Lipinski has found it difficult to get into a really good Bulldogs team, so he hasn’t played a lot,” Wright said.

“The age demographic suited us, but he also adds depth positionally to a number of spots – he can play half-forward, wing, on-ball, half-back. He’s got the ability to play in all those spots.

“He just hasn’t been able to get a run at the Bulldogs and was looking for opportunity and we’re really keen to see if that can happen.

“At this stage, we haven’t spoken to the Bulldogs, so we’re hopeful that can happen as well.”