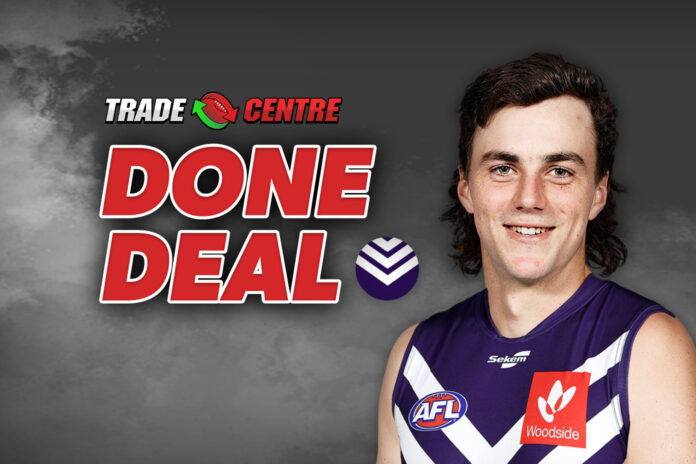 Geelong have traded contracted utility Jordan Clark to Fremantle in exchange for Pick 22 and a future third-round selection, which is tied to Carlton.

The Cats have also sent a future fourth-round pick to the Dockers along with the 20-year-old.

Despite being contracted, Clark will depart Kardinia Park in a move back to his home state of Western Australia.

Clark has played 32 goals for the Cats since making his debut in 2019, playing across multiple roles in all thirds of the field for Geelong.