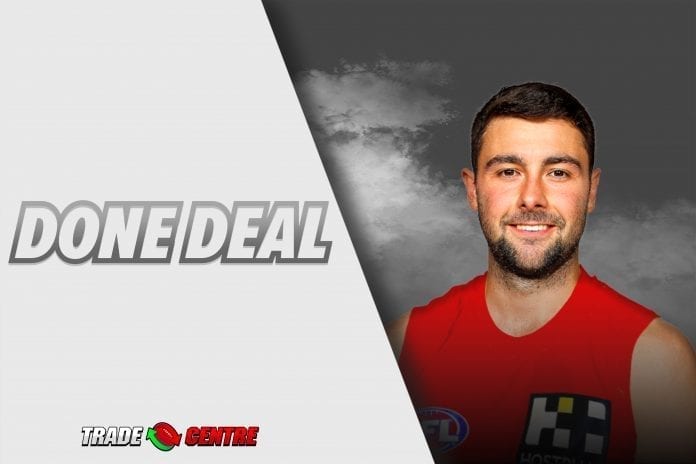 In what marks the first move of AFL free agency, the 26-year old joins the Suns on a four-year deal worth approximately $400,000 a season, according to AFL Media.

Adelaide will receive an end of second round draft pick as compensation for the move.

Atkins informed the Crows in August that he wished to exercise his free agency rights, exiting the club before the end of the season.

He played 101 games for the Crows over six seasons after making his debut in 2015.

The AFL has received paperwork for Unrestricted Free Agent Rory Atkins to sign with the Gold Coast SUNS. The AFL is currently processing the details.

The Adelaide Crows will receive an End of Round 2 compensation selection for Rory Atkins signing with the Gold Coast Football Club.