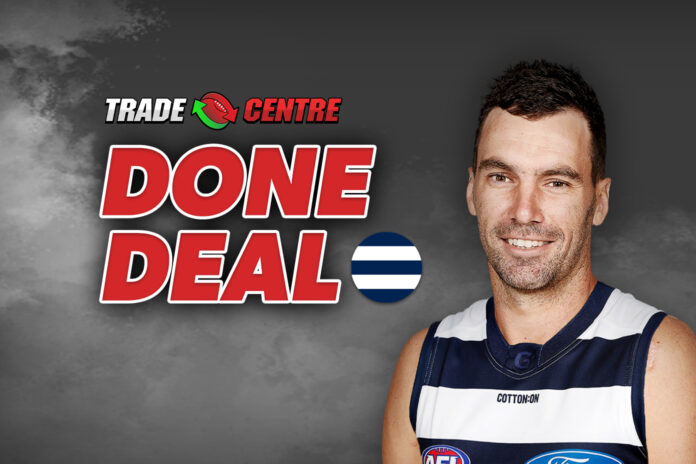 Geelong have secured Jonathon Ceglar from Hawthorn, sending a future third-round selection to the Hawks - which was recruited to the Cats in their trade with Brisbane for Darcy Fort.

The Cats will also receive a future fourth-round selection from Hawthorn.

Ceglar is tipped to have signed a two-year deal with the Kardinia Park club, with Hawthorn understood to be contributing a portion of his wages.

The 30-year-old brings 101 games worth of experience to Geelong, first debuting with the Hawks in 2013.