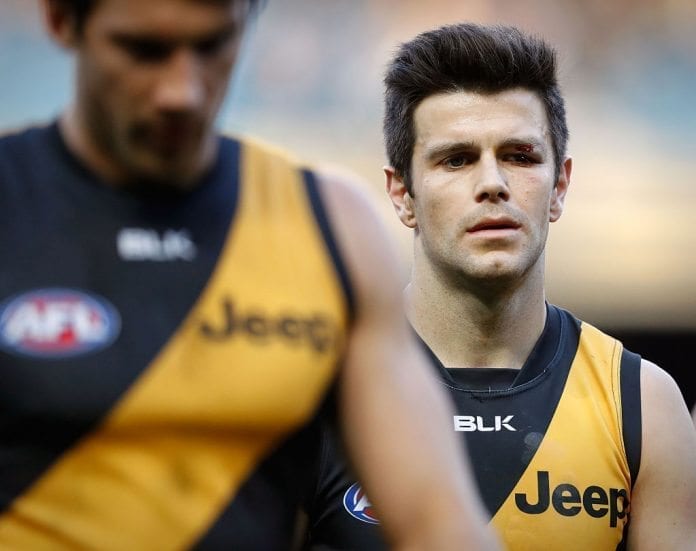 Former North Melbourne premiership player David King believes the time is right for the Tigers to appoint a new skipper.

King says Trent Cotchin, who has captained the side since 2013, should be replaced by star defender Alex Rance, who he believes is the best leader at the club.

“I’ve said this time and time again that I think Alex Rance is their best choice as captain,” King said on SEN on Wednesday afternoon.

“The way Alex plays is team first, he hates to lose and he’s just a super competitor.

“I just think he would make a sensational captain.”

King said there are now several players who have overtaken Cotchin in terms in leadership since he was appointed four years ago.

“When Cotchin was named captain he was the logically choice,” King said.

“But right now they’ve got options.

“To me (Jack) Riewoldt and Rance are the best two leaders.

“When they need something to happen they are two players they look to.

“Outside of that I think you’d struggled to find a player at the club you could say ‘yeah, he’s a super leader’.”