The 2021 Brownlow Medal is upon us, with fans and followers eager to see who will claim the league's top individual gong.

This year's count is tipped to be the closest we've seen for some time, with there being some belief we may see a tie atop the podium.

Ahead of this week's ceremony, we put the question to you, our fans, to decide who will enter the 2021 count as the people's favourite... and the results are tight.

The top five favoured names in Oliver Wines, Marcus Bontempelli, Clayton Oliver, Sam Walsh and Jack Steele were listed as potential winners, with an 'others' option included for those tipping a dark horse.

A total of 7,140 Zero Hanger followers took part in the poll, with only 1% of votes able to separate the two leaders.

The pair are expected to go close on Sunday night, with our fans even predicting it could come down to a minuscule difference.

To round out the podium, Blues youngster Sam Walsh is the unlikely name to claim third spot, polling at 16% and 1,149 votes.

Walsh's tally has the Rising Star winner narrowly ahead of Port midfielder and Zero Hanger MVP winner Ollie Wines, who amassed 1,051 votes at 15%.

Rounding out the top five is St Kilda co-captain Jack Steele, who was just behind the pack with 924 votes to his name at a rate of 13%.

With the likes of Christian Petracca, Darcy Parish and even the ineligible Touk Miller also tipped to land toward the top of the leaderboard, some followers were happy to look elsewhere in casting their vote.

Looking to tip an outsider, our 'other' option was still able to record 12% of the vote count at a total of 892 votes.

Should our fans have an accurate eye for the outcome, 'The Bont' will become the first Bulldogs to take Charlie home since Scott Wynd in 1992. 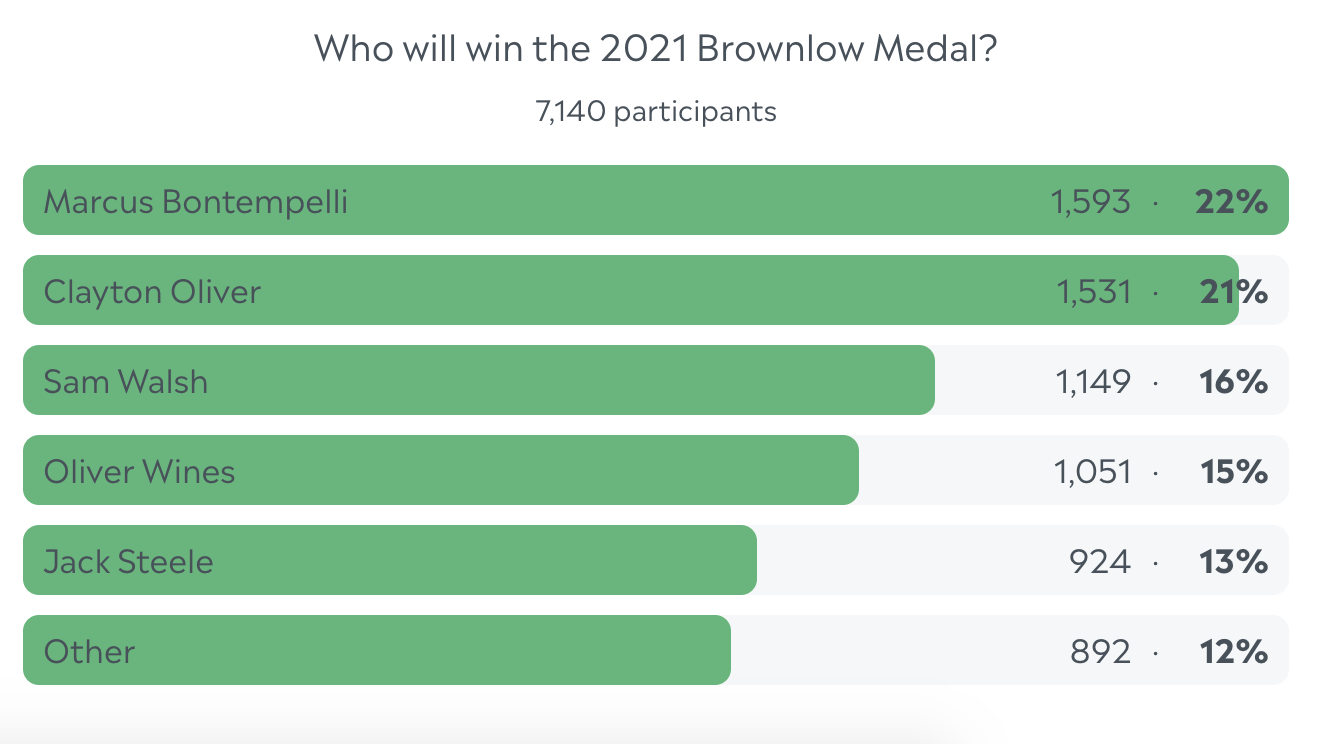 To catch up on all the latest Brownlow predictions, analysis and news, head to our Brownlow Hub Here.