Another round, another week of amazing upsets.

Collingwood, Gold Coast, Carlton and Fremantle all upset superior opposition to claim their first wins of the season, while St Kilda’s victory over Brisbane saw them grab their first four points of the year as well.

Richmond’s impressive result against West Coast saw them join Adelaide and Geelong as the only undefeated sides in the competition, while North Melbourne are surprisingly alongside both Sydney and Hawthorn as the only three sides yet to register a win.

The Crows impressed once again on the weekend, this time getting the better of their South Australian rivals, beating the Power by 17 points. Eddie Betts, Rory Sloane and Taylor Walker were all superb, as Adelaide are now the team to beat.

GWS started slow but finished strong against North Melbourne on Saturday, with the man of the moment Josh Kelly finishing with 31 disposals and seven tackles.

Another week and another come from behind win by the Cats, this time overturning a 15-point deficit late in the third quarter to storm home and win by 29 points. Tom Hawkins and Daniel Menzel combined for nine goals, while Patrick Dangerfield finished with 36 touches and three majors.

A bad loss for the Bulldogs. A rejuvenated Fremantle side was always likely to come out of the blocks firing, but the Dogs should have been able to weather the storm and hold on.

Their first loss of the season, but the result almost reaffirms their place as a genuine finals side in 2017. The Power were strong for most of the night, and Ken Hinkley’s seat is looking safer by the second.

The curse of the MCG strikes the Eagles once again. 13 of their past 17 matches at the ground have resulted in losses. West Coast kicked just 5.13 in a dry first half before the rain set in, giving up their chance at a victory.

It was Richmond’s first true test of the season, and the Tigers got a massive win to stay undefeated to start the year. Six goals to three in the second half was enough for Richmond to overrun the Eagles in the wet, as Damien Hardwick joins Ken Hinkley in the safe zone.

Another disappointing result for Sydney. Despite losing by just one point the Swans were thoroughly outplayed by Collingwood, although injuries coupled with close losses should see the Swans bounce back soon when they pick up in form.

The Demons lamented poor kicking at goal against Geelong on Saturday afternoon, as 13.19 compared to 20.6 saw Melbourne have six more scoring shots but lose by 29 points. Max Gawn’s hamstring injury sees their next few weeks shape up as make or break matches for the season.

Another game affected by rain, and the Bombers just couldn’t stay clean in the crucial moments. Essendon went goalless in the final term, and dropped their first game of the season.

For the third week in a row, St Kilda let another massive first half lead slip, although this time they were strong enough to regather themselves and see off the Lions. In his first game back from injury, Nick Riewoldt led the way, finishing with 28 disposals, 12 marks and three goals.

The Magpies grabbed their first win of the season after an impressive performance saw them topple the Swans by one point in Sydney. They were a far better side than they were to start the season, as the Pies look to get themselves back on track.

What is happening down at Hawthorn? A massive 86-point loss to a Gold Coast side who were thrashed by over 100 points the week prior. It’s their first 0-3 start since 2005, and it’s panic stations at the Hawks now.

Carlton upset the Bombers on Sunday to record their first win of the season, with the Blues leading for most of the match. Their young brigade looked impressive, and their defence was strong in the final term, led by Sam Docherty.

Wow. After last weekend’s 102 point loss, the Suns came out and slammed the Hawks, with an unbelievable 86 point win. It’s the 12th biggest positive points differential in consecutive weeks in AFL history. Oh, and Gary is back.

Ross Lyon played the kids, and the youngsters helped the Dockers grab all four points against the Bulldogs in an impressive display on Saturday night. Stephen Hill and Nat Fyfe led the way as Fremantle’s season is now back alive, we think. 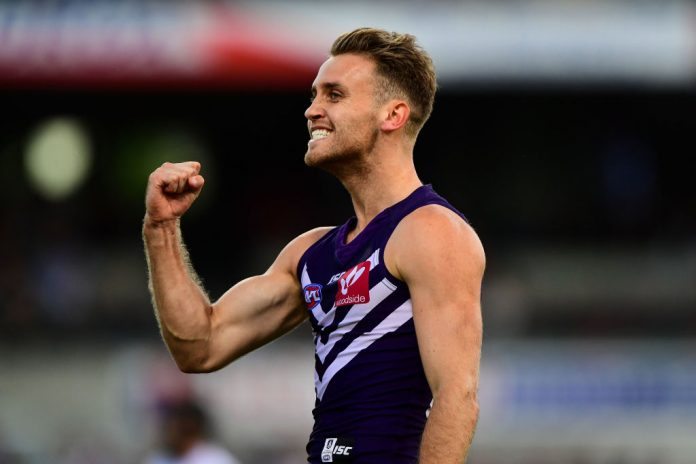 A strong showing in the second half, but ultimately the Lions fell to their second straight defeat. A positive from the game was the play of Daniel Rich, who had one of his most influential matches in recent memory.

The young Roos will get their first win soon, but it wasn’t going to come against a rampant Giants side. North still haven’t been blown out so far this season, staying competitive for the majority of all three games.