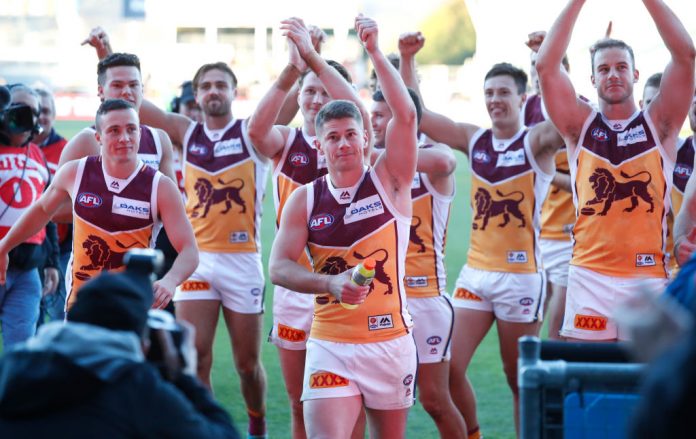 Among the competition’s emerging lists, the Brisbane Lions are continually developing under a new coaching regime. In late 2016, the reigns were taken by newly appointed senior coach Chris Fagan, and head of football David Noble. Regenerating club culture stands as one of the major agendas for the club, as well as overhauling the playing list and getting the fans back marching through the gates. Currently, the side is two years into a rebuild, and have sought a blend of talented draftees and seasoned bodies to form their playing side.

In recent seasons, the side has experienced leaders going down to injury, leaving the side bereft of leadership through the field. Luck has seemingly turned for the Lions, with the long-term forecast looking more positive than it has been mostly all decade.

The Brisbane Lions had sustained a relatively injury-free pre-season and season regular to date. With the exception of a handful of names, the club has managed a low level injury list.

The Lion’s form throughout the season has been largely in line with consistency in their playing side. While senior players Mitch Robinson and Luke Hodge have missed a handful of games between them, and livewire Charlie Cameron appears a longer term concern, there hasn’t been a major amount of cause for concern.

There are few excuses in the competition, as every side has experienced their fair share of injuries to players within their best playing squad. The real test is proving how much depth respective teams have in their side to cope with these player losses, or even fill their voids. With senior players missing from the side, it has almost forced the younger faces to help bear the load around the ground.

Through the past decade, the Lions have been synonymous with the cultural concern of losing players back to their home states. The surrounding stigma facing the club has resulted in special attention being provided toward player retention.

With the club in the best shape it has been in some time, there is a renewed energy and joy around the club, and younger players are finding reason to recommit.

As spots in the Lions senior side quickly filling up, there is a sense of strong competition, meaning an audition via the NEAFL Brisbane Lions reserves means a lot more. There is several voids in the current best 22 that need to be filled, and the reserves are certainly mindful of that.

The Brisbane Lions have a surplus of tall talent key position stocks. While young and raw, the potential is definitely there, and beginning to shine through as games are pumped into these players. The midfield is where the Lions are still honing their craft; there is a need for ball-winners through the middle, and a greater sense of outside class. This will come with time, however – and quite possibly one or two more hauls of draftees.

There is a tremendous amount of upside in the current playing side. In time, and with games under their belt, a potential premiership side is forming. That is, if enough consistency is shown through the next handful of seasons.

The pieces in place:

As previously mentioned, there are many voids which need to be filled around the ground for the Lions to become a truly consistently competitive side. The core young group need to develop greater tools to see them stay in games for longer, but that fight and stamina will come through time.

At this stage, bearing in mind that wants and needs are constantly evolving, the side need senior figures in and around the age bracket of 24 – 26; players who have been in the system long enough, who can serve as mentors, but all the while, can provide much needed mentoring toward the club’s youth. While the likes of Cameron Rayner, McCluggage and so forth can be almost earmarked as top tier talents of the game, they need senior figures around them to assist in their growth. Hodge is currently holding down this very role, but is likely to retire in 2019.

A line-breaking half back flank role player would be fancied in the current playing group, an ability to run and carry through the wing, and compliment the Lions’ run and gun adventurous game play. This, ideally, would also complement play-making flanker in Witherden.