In the lead up to the 2017 season, we will be assessing each club’s list and naming our best 22 for round one. Working our way up the ladder; following the analysis of Geelong, the next cab off the rank is Sydney.

Not much needs to change for the Swans since their Grand Final defeat. They were the best team in the competition for the majority of last season, they just happened to get done on the day by the Bulldogs. The Swans had five All-Australians in 2016, the most of any club. Losing Tom Mitchell will obviously hurt the team, as will the retirements of Ted Richards and Ben McGlynn. Fringe players James Rose, Brandon Jack, Harrison Marsh and Zak Jones will need to step up to fill the void and I’m sure they will.

A lot of strength across the board for the Swans, but the midfield is the standout. It was the best in the competition last season, but with the departure of Tom Mitchell that title probably goes to the Giants, but it’s close. They have three of the top ten midfielders in the competition in Dan Hannebery, Josh Kennedy and Luke Parker. Isaac Heeney will get more midfield minutes, so should Callum Mills. Their first pick in the draft, Oliver Florent, should feature throughout the season as well.

Related: check who is out of contract at the Swans here.

With so many weapons up forward they will always be difficult to contain. Lance Franklin’s still recovering from the shoulder injury he carried through finals, he might take a while to get going but he can always be relied upon. Kurt Tippett finally proved last season that he can work alongside Franklin in the forward line, so he should be set for another big year. I have Sam Reid in my best forward six, but he will play at both ends of the ground, hopefully he returns strongly from his Achilles injury. Papley, Hewett and Rohan all work well at the feet of the talls and Kieran Jack should fit in when he spend more time forward this year. 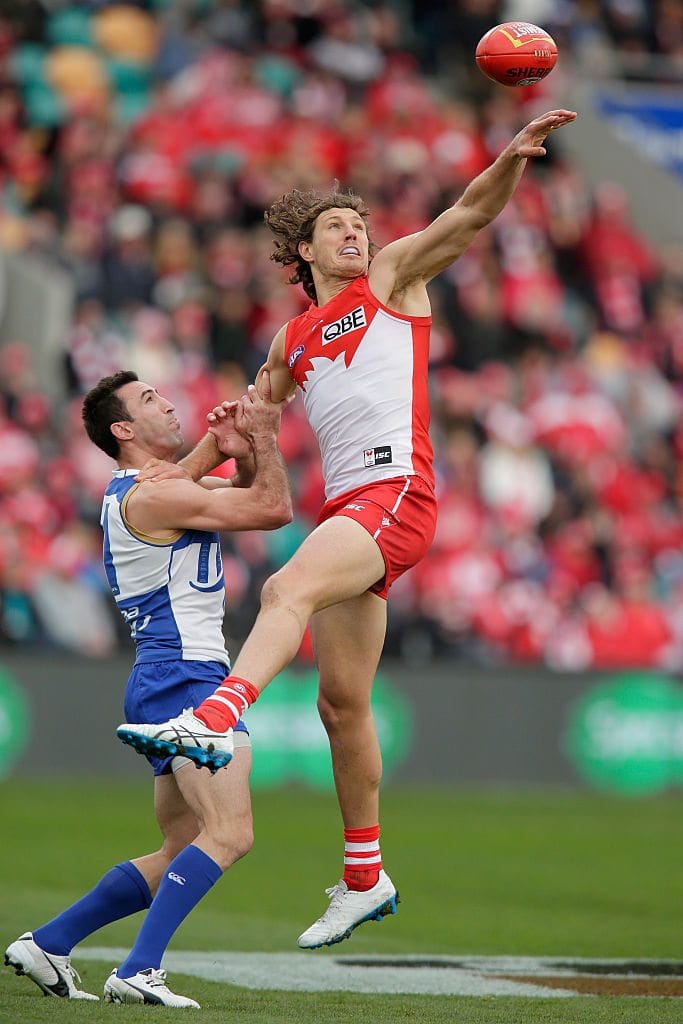 The Swans have a settled back six and it’s arguably the best in the competition. Aliir Aliir’s rise as the centre half back was incredible given he hadn’t played a game prior to 2016. The Swans’ defense continues to produce players that come in, fill a role and thrive. Jake Lloyd came into his own last season, while Callum Mills had an amazing first season at half back. All of these guys can also roll through midfield, how many midfielders do they have? It’s ridiculous.

Callum Sinclair and Sam Naismith are both coming off interrupted pre-seasons and will fight for that No.1 ruck spot. Sinclair started 2016 as the top ruck but didn’t really set the world on fire. Naismith took over the role when Sinclair got injured and performed admirably. It’s the only position that the Swans lack a genuine top-liner and given their game style relies so much on stoppages it could present future issues for Sydney. That being said, the Swans have not had a star ruckman since Shane Mumford moved to the Giants in 2014 and they have made finals every year since. However, missing a dominant ruckman such as Mumford has hurt them in the past few seasons come the business end of the season.