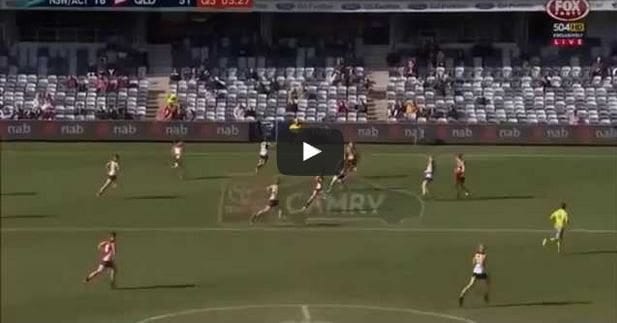 Pub summary: Academy player for the Lions, key position player who could develop at either end of the ground

Hipwood is a longer term option for the club which selects him, which will almost certainly be the Lions through the Academy System.

At Zero Hanger we’re fans, although much more as a potential backman than as a forward. The reason being his lack of ‘tricks’ as a forward compared to his ability to take intercept marks in the backline and shut down a man.
Brisbane will be thrilled that the AFL Academy System has allowed them to take Hipwood as he will be a good player for them as he develops.

Ex-Dog to train with Blues

How open is YOUR club’s premiership window?

Why are AFLW players more prone to ACL injuries?