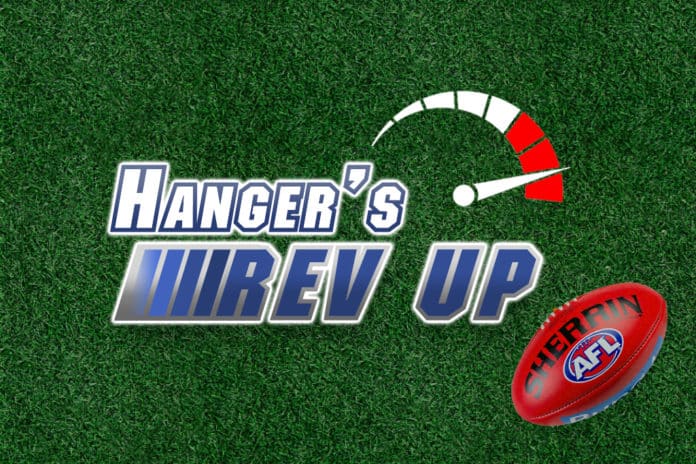 Team News: Arguably the games biggest rivalry at the moment, this feud isn’t based off long-standing history or distain between fans. This is player-driven and lives well in the minds of those taking the field this weekend.

The Dogs have been untouchable all season and are cruising at 5-0. They were unbelievable in the first half against Gold Coast and didn’t get out of second gear after half-time.

The Giants have found some form over the past fortnight and have found their new style. The Ferrari has been parked and the banged up old reliable vehicle has been brought out.

Two tough wins led by fill-in skipper Toby Greene has the Giants season back on track and wets the appetite for Friday’s blockbuster.

"With the depth of our group and what they've been doing, I'm sure GWS will spread the physical love further than Marcus."

Recent history means any matches between the Dogs and GWS are now earmarked as must-watch every season.

At 5-0, Bevo's Bulldogs are ready for Friday.

Prediction: The Bulldogs are a class above just about everyone else at the moment, not even Toby’s magic will be enough. Western Bulldogs by 17 points.

Team News: The Cats and the Eagles are both seen as contenders, but both are giving reasons to doubt their credentials. The Cats’ ball movement has been a real issue in the opening month of the season and their win over North Melbourne didn’t do much to ease concerns.

The Eagles are a force at home but have lost two games from very winnable positions when on their travels. They will need to find a way to win in Melbourne if they are a genuine top four contender and they will need to do so soon.

Geelong welcome Jeremy Cameron for his debut in the blue and white hoops. Cameron’s arrival is timely as he can be used along side Tom Hawkins to keep Jeremy McGovern busy and unable to intercept and rebound.

Patrick Dangerfield is unlikely to return as he battles an ankle concern.

Prediction: The Cats are a big hurdle to get over when at home and the Eagles’ travels have been a worry so far. Geelong by 4 points.

Team News: The Swans suffered their first defeat to the nearest rivals last weekend right at the death. It was maybe an eye-opener for the young side and they will learn from that breakdown in the last quarter. The loss isn’t the end of the world.

Lance Franklin will miss the next few weeks after a best-on-ground performance, which is a major blow. He was starting to find some solid form. Tom Hickey will also miss through injury.

The Suns are under pressure, maybe not as much as they should be but they are in a bad way. Their season is hanging by the thinnest of threads and it’s hard to see how they will get their next win.

Prediction: The Swans will be keen to bounce back after their first loss of the season and the Suns just don’t look like they have the confidence to win at the moment. Sydney by 26 points.

Team News: The Blues have been under pressure all week and need a response, and not for the first time this season. There are questions around every part of the club but on-field, a win can ease it all.

Liam Stocker looks set to come into the side after 38 disposals and a goal at VFL level, while Paddy Dow will likely go out after being an unused medical sub. 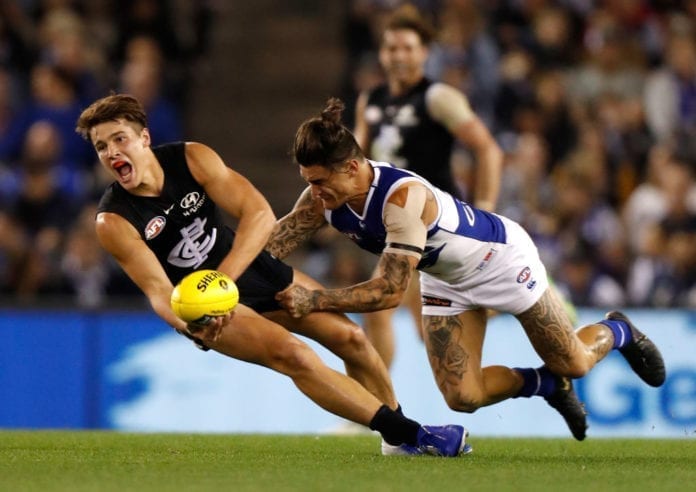 The Lions have found a groove again and have got their season on the right track after a shaky start. They have been good without being great but found some connection last week against the Bombers.

It’s another test for the Blues who simply must pass, win or lose.

Prediction: The Blues seem much more suited to Marvel Stadium but the Lions are finding their best footy. Brisbane by 11 points.

Team News: What. A. Game. This match has been building as a highlight on the football calendar over the years and finally it has the circumstances to make it a true blockbuster. The Demons look the real deal, 5-0 and playing some gorgeous football.

They look like the Demons of 2018 – only better. Nathan Jones brings up game 300 and the veteran will be keen to prove his team’s flag credentials against the reigning champs.

We take a look at the journey to #Jonesy300.

Richmond were dominant last week but the Saints allowed them to be. The Tigers know when to time their run but they’ll be keen to put out a statement to the new kids on the block.

Dusty’s 250th as well and no one loves a big game more then the three-time Norm Smith medallist.

Prediction: The Tigers will be keen to let the Demons know the 2021 flag goes through Punt Road. Richmond by 24 points

Team News: The Dockers were brave over in Adelaide and pulled away with a win that could shape their season. They lost Adam Cerra at quarter-time but were able to pull away in the last term.

Cerra is set to miss a month and he will have no shortage of mates in the rehab group. Joel Hamling and Alex Pearce are still out for the time being as well.

The Kangaroos are looking better but still look miles off a win. A trip to Perth may be good for a young group but if they start poorly it could all go wrong so quickly.

Prediction: The Dockers have a chance to go 4-2 and bully the opposition here. Dockers by 67 points.

Team News: The Crows have been one of the surprise packets of the season but have no doubt been helped out by their draw. They have had some fixtures that many would be envious of but to be fair many of us didn’t see them winning too many of them.

Meanwhile, the Hawks have developed a way to be competitive in games but now need to find a way to get over the line. They lack a cutting edge and their forward line looks unlikely to kick a winning score.

A trip to Tasmania should help the Hawks out a bit but it’s hard to see them kicking enough goals to combat the damage Taylor Walker may do at the other end.

Prediction: The Crows’ early season form has a great chance to roll on here. Crows by 22 points.

Team News: Hardly the blockbuster we have become used to but it’s an important game for both teams. The Magpies have fallen way off the pace. Finals look a distant chance and should they fall here it will be all but out of their reach.

The Bombers are a mess as well. Their impressive win over St Kilda doesn’t read nearly as well as it did and looks more a flash in the pan as opposed to any sense of normality.

Prediction: The ‘Pies need a win desperately and Scott Pendlebury is sure to be on his day. Collingwood by 13 points.

Team News: The Power were a level, if not two, above Carlton last weekend. They were simply too good. Aliir Aliir looks to be the recruit of the season and has clearly made the Power a better team.

Carlton showed last week you can’t be defensively poor against the Power or else you will get scored against, that’s where the main worry for the Saints lies.

They have been awful defensively of late and have been very easy to score against, they need to find a quick solution to their defensive woes should they want to be competitive on Sunday night.

Dan Houston was subbed out of the Saturday night’s win with a shoulder issue and is facing a battle against the clock to play.

Prediction: There is every opportunity for the Power to go big here. Port Adelaide by 54 points.