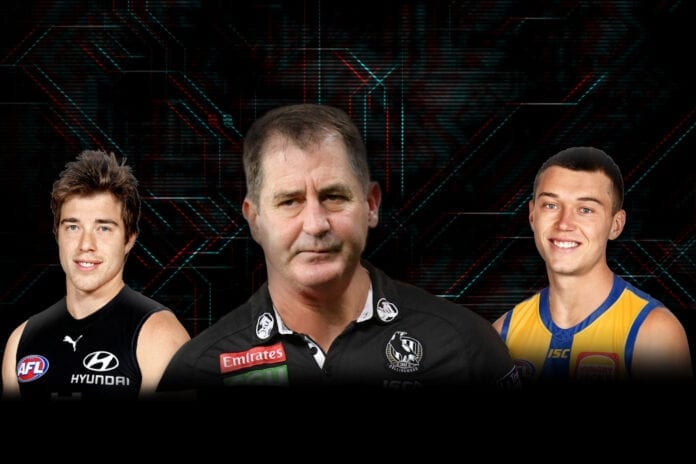 With so many big names coming out-of-contract at the end of the season, the Zero Hanger thought we would have some fun and fantasised about some blockbuster moves.

We've compiled a list of 10 massive moves that could happen by the end of the season - some slightly more outlandish than others. We're not saying ALL of these will happen, but believe they are all possibilities.

We haven't stopped at just players - with a couple of bombshell coaching moves also put forward.

Here is our list of 10 huge hypothetical end-of-season moves.

The Carlton co-captain and superstar midfielder will be the most talked about player potentially being on the move until he signs on the dotted line for the Blues. Cripps could be the biggest name to hit restricted free agency at season's end alongside Marcus Bontempelli.

While you would expect him to re-sign, the Western Australian product is often linked to his home state and if he were to depart Carlton it would almost definitely be to head west. That leaves West Coast and Fremantle as the two potential landing spots.

While the Dockers undoubtably have more cap space and therefore would be in a better position to lure Cripps, the Eagles feel like the more realistic destination with the temptation of instant success.

Shannon Hurn and Josh Kennedy could open up some cap space by calling time on their careers while the Eagles have a host of others coming off-contract. If they knew Cripps was interested in jumping ship, they could make it happen one way or another, even if it meant trading a big name or letting Dom Sheed walk in free agency.