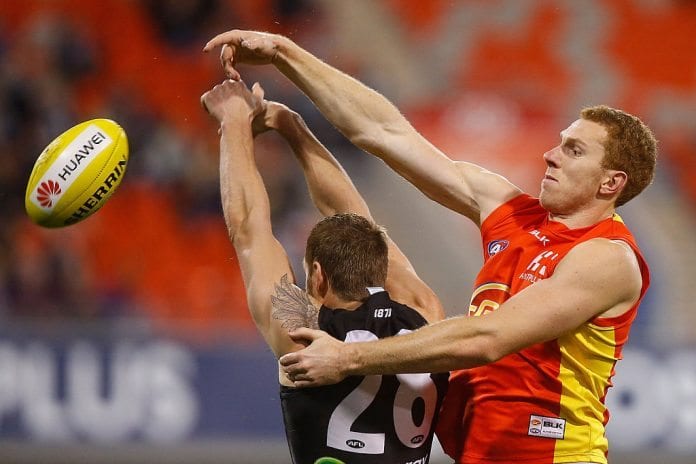 The 25-year-old, who was a 2010 priority local talent selection, has played 79 games in his six years at the Suns.

"We are rapt that Rory has re-committed to the club until the end of 2019,” Ashcroft said.

“It is evident that he is an important player for us going forward, and as a Gold Coaster he is a player that junior footballers across the coast can look up to and aim to follow in his footsteps.”

Thompson, who grew up playing for the Southport Sharks, said he could not imagine playing anywhere else.

“I’m very excited to be staying at home on the Gold Coast. I was born and bred here and looking forward knowing I’m going to be here for a few more years,” Thompson said.

“I love the lifestyle here. I’m into my surfing, fishing, golf and all that sort of stuff out in the sun and I’m very excited where the club’s at as well. The future’s looking pretty bright up here and I think it was a good time to re-sign.

“We made some key signings in the trade period in Pearce Hanley, Jarryd Lyons and Jarrod Witts. They can all come in and play a role and have an immediate impact for us."