Young North Melbourne midfielder Corey Wagner will miss up to two months with an ankle injury he suffered in North’s upset win over Adelaide on the weekend.

The 20-year-old underwent surgery on Monday night after managing just three minutes on the ground before picking up the injury in a tackle on Crow Daniel Talia.

“At this stage, we expect him to miss the next six to eight weeks,” Bacquie told nmfc.com.au.

“He fell awkwardly after the tackle and the weight of his body came down onto his ankle, resulting in a significant sprain.”

Wagner, who was taken at pick 43 in the 2015 national draft, has played five games since debuting last year, and has spent more time in midfield this season after playing his debut season predominantly as a small forward.

It’s a big setback for Wagner, who was appearing in his first game of the 2017 campaign.

Taylor Garner, who Wagner replaced in a late change for Saturday’s side, will have to prove his fitness before returning to the senior side with a host of other big names in the mix for the Roos.

Ben Brown’s shoulder isn’t a concern and will line up on the weekend while Ben Jacobs and Majak Daw – suffering from quad and foot injuries respectively – are in line to return for Werribee. 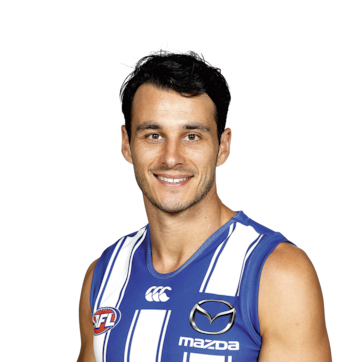