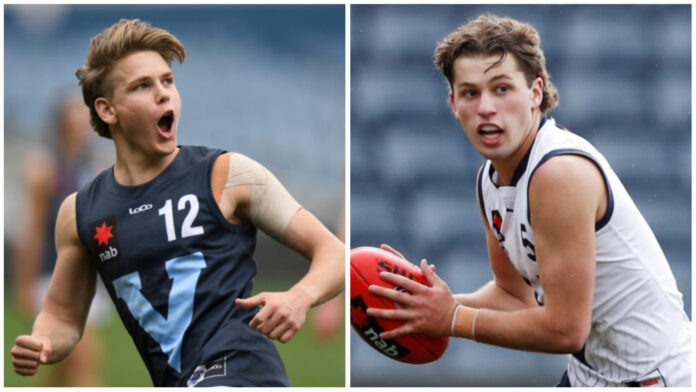 In the third and final instalment of our positional prospect rankings ahead of the 2022 National Draft we put our eye on the star-studded cohort of midfielders.

The top echelon of talent in this year's class is littered with onballers, with the first 10 selections of the count potentially seeing nine midfielders picked.

A father-son jet and two Oakleigh Chargers prospects lead the way this year in what is a deep midfield pool.

Opening the order is Gippsland talent Bailey Humphrey, who is one of this year's biggest draft bolters.

Humphrey enjoyed a stellar back-end to his 2022 season to be considered as a top 10 selection at the National Draft.

While injuries hampered his year, Humprhey returned in style, collecting 31 disposals, 12 marks, 5 tackles and 4 goals in his side's Round 14 thrashing over the Northern Knights.

Humphrey averaged 19.8 disposals, 5.7 marks, 4.6 tackles, 4.5 inside 50s and almost 2 goals per game for the Power to press his case as one of the leading Vic Country options ahead of the draft.

Humphrey's potential is one of the most attractive aspects of his game, with the 185cm-tall prospect potentially placed on a trajectory that could see him surpass the rest of his class.