ZERO HANGERNEWS, RUMORS & PLAYER MOVEMENTS
More
Home AFL News 2021 New Dog says he could have been the difference for Port 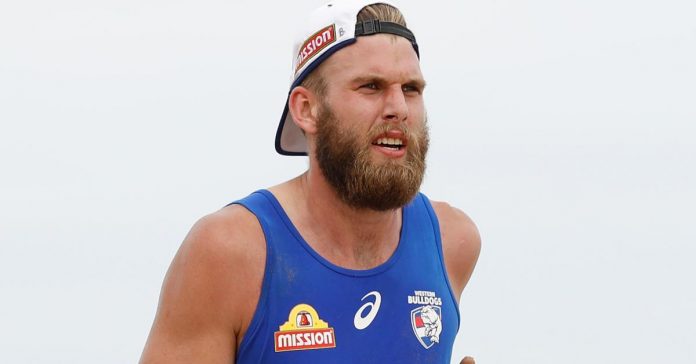 New Bulldogs recruit Jackson Trengove says he knew it was time to move on after not being selected for the Power’s Elimination Final loss to the Eagles.

The 197cm utility spent nine years at Port Adelaide after being selected with pick 22 in the 2008 national draft, playing 153 games as a key back, key forward and even as a ruckman.

Trengove believes he could have been the difference between the Power going through or ultimately losing to West Coast, with the Eagles’ key forwards having a major influence on the result.

Port Adelaide elected to field youngster Todd Marshall instead of the veteran, who had 10 touches without hitting the scoreboard.

“Towards the end of the year being left out of the side and missing that final was probably my last straw and the writing was on the wall,” Trengove told 5AA.

“It was pretty difficult sitting in the stands watching that game, and everything that was written about during the week of what might happen, did happen.

“I was thinking I could have played a huge part and probably help the team get a win and get to another final.

“I was playing well enough in the SANFL at that stage to be brought back (into the side), and for whatever reason I wasn’t brought back in, and I saw the opportunity to come back home.”

Trengove signed a three-year deal as a free agent with the Bulldogs after the 2017 season, with coach Luke Beveridge impressed by his ability to play all over the ground.

“One thing that’s been handy in my career is that I’ve been able to play in numerous positions, and at this stage, I’m not 100 per cent (sure) where I’ll fit in at the Doggies,” Trengove said.

“It’ll probably be playing in all three positions: forward, ruck and down back.

Trengove is set to make his Western Bulldogs debut in round one against GWS.

QUIZ: When was the last time…