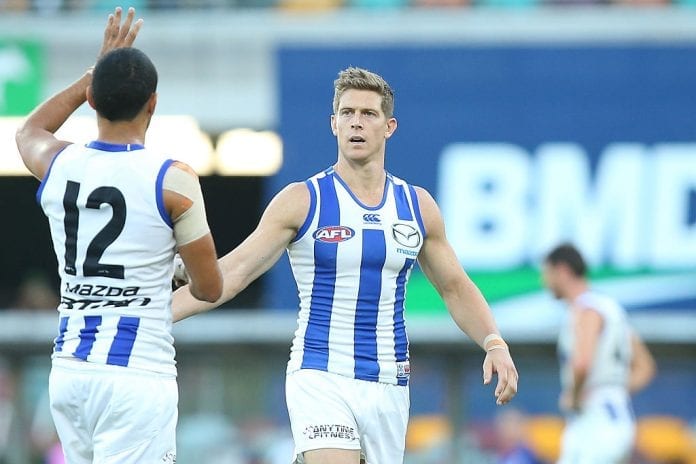 Former Port Adelaide coach Mark Williams has enjoyed a successful career in the AFL coaching ranks, coaching the Power to an AFL premiership in 2004, before stints at the Giants and the Tigers as an assistant coach.

However, speaking on SEN Radio on Monday, he admitted he too can get it very wrong. Williams said he used to interview potential draftees during his time as Port Adelaide coach, in order to ascertain if the player was the right fit for his club.

Williams said the player he misjudged the most, was former St Kilda and North Melbourne champion, Nick Dal Santo.

The former Port coach said he did not want to draft the 322-gamer after speaking to him as an 18-year-old.

"I think this guy played maybe 300 games and he works for the station," Williams said on SEN Radio.

"He had beads on, ok beads weren't a big thing in my life.

"He's probably listening and cringeing right now. I'm pretty traditional guy, (with) country kind of values. He talked about his girlfriend and whether he should move interstate.

"I learned a lot from not picking Nick Dal Santo

"Congratulations on a wonderful career, Nick."

Dal Santo of course went on to be selected with pick No.13 by St Kilda in 2001. He played 260 games for the Saints, including the 2009 and 2010 grand finals, before crossing to the Kangaroos, where he played 62 games in three season. He is also a three-time All-Australian.

As it turned out, the Power's first pick was not until No.15, with Dal Santo selected two picks earlier. However, Williams said he did not expect the youngster to have such a successful career.

Port Adelaide selected Barry Brooks from the Tassie Mariners with pick 15. Brooks was traded to, of all clubs, St Kilda after just one season and no senior games with Port. He went on to play eight games in five seasons, before being delisted.