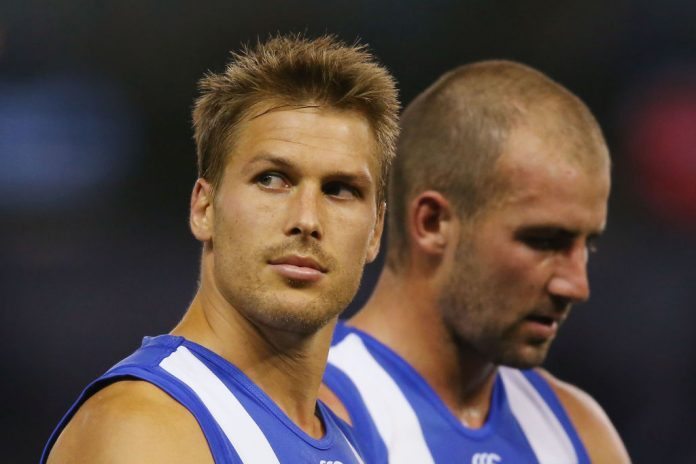 Dal Santo, who was delisted by the Roos at the end of last season, despite averaging 24.8 disposals, his best return since 2012, says he can see Swallow facing the same fate.

Swallow has so far spent more time up forward and on the wing this season, rather than his usual position on the ball.

“For me it feels like they are moving him out of the team already,” Dal Santo said on Fox Footy’s, AFL Tonight on Tuesday night.

“What he does really well at AFL level and what he’s elite at is his tackling and his contested stoppage work. When you’re playing at half-forward and on the wing, that’s not his strength.

“He’s not the greatest spreader in the world and he’s been shown up in some examples with his leg speed. For me, he’s just not playing where he should be and other guys have squeezed him out.

“At this stage, yeah (he should still be in the senior team).“I will need to see how this plays out over a little bit longer.

“He’s got another year on a contract so that’s the first thing we need to speak about in regards to his future at the club.”

Swallow has averaged 16 disposals, 5.3 tackles and two marks and kicked one goal so far this season.