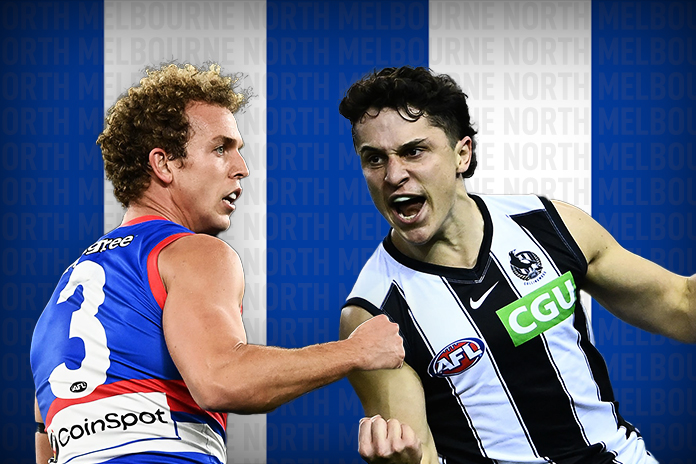 After claiming consecutive wooden spoons, North Melbourne would be buoyed by the arrival of four-time premiership coach Alastair Clarkson to Arden Street.

However, Clarkson's reputation alone isn't a magic wand to wave away the issues that the club has in terms of its playing group. It will take time to rebuild the club to a point where they can challenge the big boys once again, and until then there will need to be wise recruitment and decisions made by the North Melbourne staff.

This does not detract from the fact that the club does reportedly have a massive amount of salary cap to play with, meaning that there isn't really a player in the club's sights that is off-limits due to money.

Throw in the lure of being able to play under Alastair Clarkson, and suddenly the Roos aren't a sour prospect for players to head to.

As mentioned, the group has big issues. Experience is one, so if Clarkson can address that through snaring a seasoned star in the trade period it'd go a fair way toward achieving some sort of age balance.

Secondly, someone who can provide some more run off half-back considering Aaron Hall isn't always available and Jack Ziebell is now down forward might be wise for the North recruiting staff to consider.

With this, let's delve into who the Roos could possibly target going into the off-season.

The Doggies' experienced forward was ruled out for the season back in June due to a foot injury, however has found himself in and out of the side off the back of form since the start of 2021.

His last full season in Luke Beveridge's side came in 2020 where he was one of the club's best players, booting 25 goals from just 18 games and helping them sneak into finals.

At 29 years of age, it's not out of the question that he'd bring experience and another edge to North's young forward line. The tutelage he'd provide to the likes of Cam Zurhaar and Jason Horne-Francis about forward movement could serve them well down the line, and the obvious draw of being able to reignite his career at another club could tempt him.

Should he be able to get back to his best following surgery, then it could be worth North Melbourne putting the feelers out to his camp.