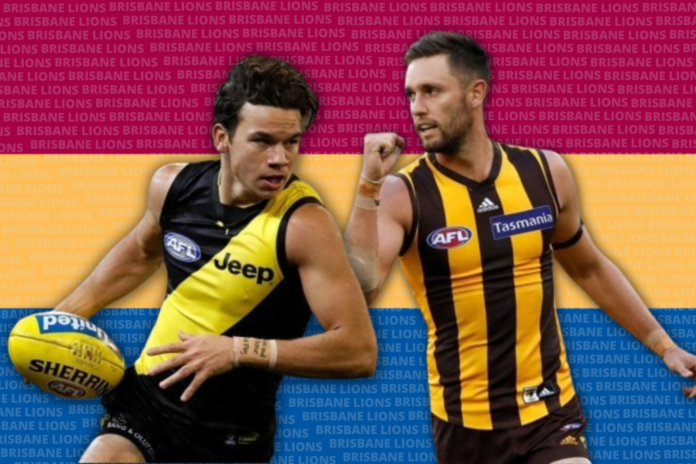 The Lions are well placed within the premiership window but have shown signs they may be a piece or two short of the full puzzle.

Chris Fagan's squad is littered with star midfielders and forward threats, with holes to be filled across half-back and throughout their depth to extend their run toward their first flag since 2003.

Taking into consideration ageing players and in-demand, out-of-contract names - Daniel McStay being a prime example - we assess who Brisbane could seek out at the end of this season.

In no particular order, here are five targets the Lions could consider moving for in 2022.

The emerging Bulldogs swingman is able to offer a versatile service in his ability to play a key position at either end of the field.

The Lions could look to Khamis as a potential acquisition that would not only fill the third forward role should McStay depart, but can be moved into defence should one of Harris Andrews, Darcy Gardiner or Marcus Adams be struck down with injury.

Khamis, who is unsigned this season, has shown glimpses of what he can offer in attack after previously being flagged as a lockdown option in defence.

With the likes of Aaron Naughton, Josh Bruce, Jamarra Ugle-Hagan, Sam Darcy and, at times, Tim English likely in the queue as forward targets, Khamis could secure more certainty in his future at the Lions.

The 22-year-old would compliment star talls Joe Daniher and Eric Hipwood as a medium-sized option in attack and also boasts the ability to impact the game at ground level.