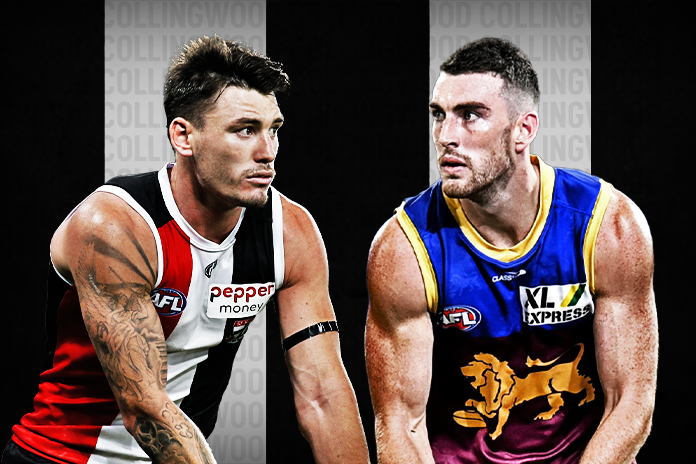 Collingwood have announced themselves as a finals contender after a 17th-placed finish last season, with rookie coach Craig McRae leading his young brigade to a potential September berth in 2022.

The Magpies have blooded a number of new names and faces across this year and continue to prove doubters wrong despite their youthful squad.

The likes of prized pick Nick Daicos and former Bulldog Patrick Lipinski have been a breath of fresh air, while Darcy Cameron is enjoying a career-best campaign in his third year at the club since switching from Sydney.

The trio, among many others, have been crucial in Collingwood's turn of fortunes, with further off-season acquisitions needed to strengthen the club's hopes of reaching an elusive 16th premiership.

With the Magpies likely to be major players in the open market this year, we've named five potential targets for Collingwood to consider.

A seemingly obvious option given recent reports have suggested the Pies have tabled a lucrative five-year, $3 million offer to McStay to lure the Lions forward to the AIA Centre.

Touted as the front-runner for the Lions' free agent, Collingwood could see McStay as a more than formidable option to fill an overwhelming void in their forward 50.

The past several seasons have seen the Magpies rely on smaller-framed forwards as their top targets offensively, with a more demanding option needed to compliment the likes of Brody Mihocek, Ollie Henry and the club's array of small forwards.

The reported price tag for McStay is perhaps steeper than a few fans would warrant for a player that averages 0.84, but the market for a key-forward is currently scarce, and the Magpies are likely to face competition for the 27-year-old's services.

With a new CBA set to be signed off by the year's end, a back-ended deal for McStay could balance out the substantial sum of an estimated $600,000-per-year deal and frame as a viable offer for the Lion.