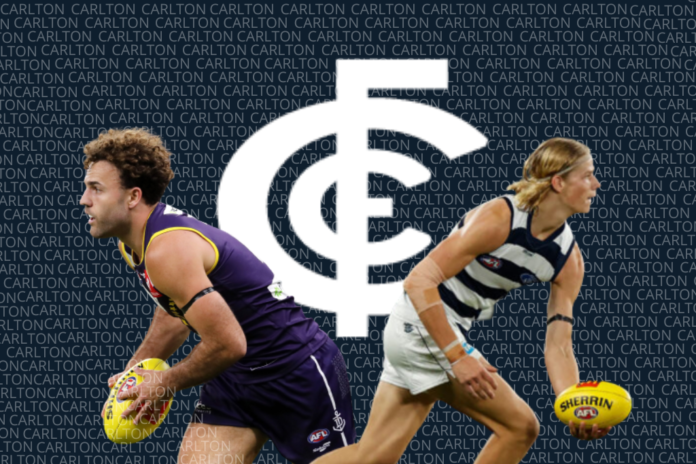 It is hard to imagine any Carlton supporter 12 months ago thinking their side would be in the position they are in now, but the Blues are sitting pretty in fifth after 13 games.

Michael Voss' side's most recent loss against the Tigers caused them to slip out of the top four on percentage but they continue to loom as a premiership threat should they recapture their great form.

The vastly improved Blues have been reaping the rewards from the off-season acquisitions of George Hewett, Adam Cerra and Lewis Young, who have made an instant impact on the side.

They could once again be busy this off-season, with plenty of useful names still on the market and the potential for further improvement in this Carlton side will make rival fans slightly nervous.

In the next instalment of our series, we've compiled a list in, no particular order, of five names the Carlton Blues could target at the end of the season.

Entering the off-season as an unrestricted free agent, all signs point to Karl Amon departing the Power and heading back to Victoria.

The hard-running left-footer could be a shrewd pick-up for the Blues, who would instantly improve their wing stocks with his run and carry.

Coming off a career-best season in 2021, Amon is putting together another great season. He averages 23.1 disposals and 5.2 marks in 2022, and once again showing why he is one of Port's most important players.

Being an unrestricted free agent, Amon will be able to move to a club of his choice if he chooses to leave Alberton.

With salary space, the Blues would have the money to offer as well as the opportunity for finals football as part of an exciting, up-and-coming team in 2023.

The Blues have been one of many Victorian sides linked with Amon's services, and with their current performances they would be a very tempting destination for the 26-year-old. It'd be a move that wouldn't shock many if, come the start of the season, he was lining up on the wing for Carlton.