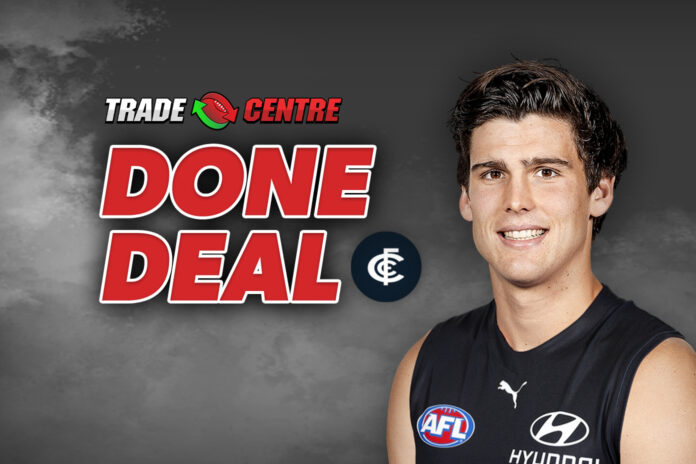 Following the reeling in of Adam Cerra and the release of Sam Petrevski-Seton, Carlton have capped a manic hour by landing another fish in the form of Lewis Young.

After dealing Petrevski-Seton to the Eagles for the 52nd selection in the draft, the Blues wasted no time in then on-trading the same pick to secure the 22-year-old Pup.

Following his selection with pick 49 of the 2016 draft, the South Australian defender-come-ruckman amassed 94 games in a red, white and blue guernsey after debuting for Luke Beveridge's side in Round 17, 2017.

At 201cms, Young will offer incoming Blues coach Michael Voss another tall name to attach to the defensive portion of his whiteboard next season.

Should Voss also require a hand in rucking duties, the Sturt product proved adept at stoppages during 2021 by recording 71 hitouts across his nine appearances for the eventual runners-up.

This shift across the Westgate Bridge should also allow Young far more senior action next season, as well as the Blues the ability to provide coverage to their somewhat stretched defensive pillars in Jacob Weitering and Liam Jones.

The return of the injured former Giant Caleb Marchbank will also aid in this area.

After moving several chess pieces in a matter of minutes, Carlton's draft hand now stands at picks 25, 64 and 82.