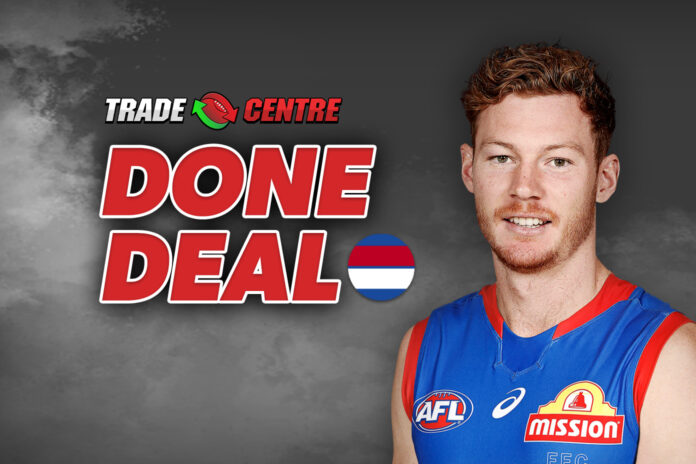 Once slated as the next in a long line of Hawthorn key forwards, recently converted defender Tim O'Brien has traded Waverley Park for the Whitten Oval on Thursday.

Following an announcement from The Herald Sun's Jon Ralph, it was revealed that the restricted free agent has made the move across the Westgate Bridge after agreeing to terms on a two-year deal.

With the Dogs' defensive stocks looking stretched during their recent Grand Final defeat, the 27-year-old should aid this issue next season when he lines up alongside names like Alex Keath and a pair of Baileys in Dale and Williams.

Despite often being maligned for a lack of progression after being selected with the 28th pick of the 2012 draft, O'Brien's performance against the Dogs in Round 22 of this year likely acted as the catalyst for the redhead's career change.

On an afternoon in which Hawthorn bested the Bulldogs by 27 points, the South Australian hauled in 14 intercept possessions and collected 24 disposals just prior to the season's cessation.

O'Brien has played 97 games for the Hawks after making his senior debut in Round 1, 2014.

Selwood brother to pull the boots on at local level