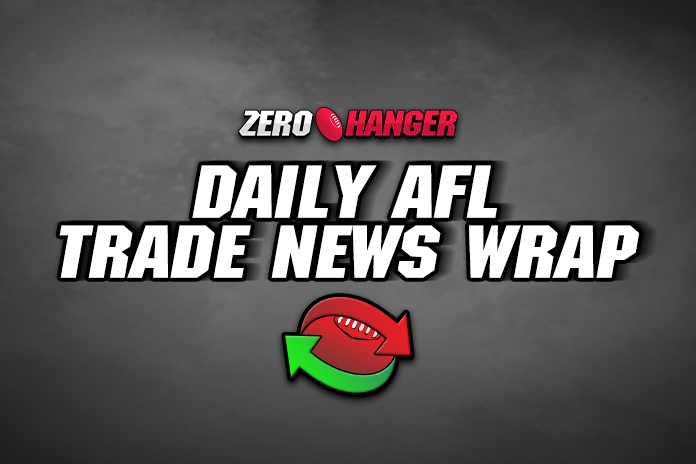 The trading floor may be closed for the weekend but the action has continued on into Saturday.

To keep you in the know, we've compiled all of today's news and chatter into one place.

Contracted Greater Western Sydney forward Bobby Hill is reportedly looking to move to a Victorian club in order to be closer to family, with his partner currently pregnant.

Hill, a cousin of St Kilda veteran Brad Hill, is understood to have requested a move south after his manager spoke with the Giants this week, with Essendon emerging as one keen suitor.

The 21-year-old's name was linked to a potential move to Fremantle in an exchange with Dockers tall Rory Lobb, who is looking for a move back to the Giants.

Which clubs should be scoping Hawthorn's veterans?

Jack Gunston, Jaeger O'Meara, Tom Mitchell and Chad Wingard have quickly become the face of speculation at Waverley, with there to be some suggestion each of the Hawthorn foursome could be 'gettable' for the right price.

Should the Hawks formally open up discussions with rival clubs for any of the aforementioned four senior figures, there would be several sides that would be keen to potentially send their top draft selection to Waverley.

With this in mind, we take a look at the best clubs suited to each of the four headlined Hawks.

LIST OF CLUBS: The clubs best suited to Hawks foursome 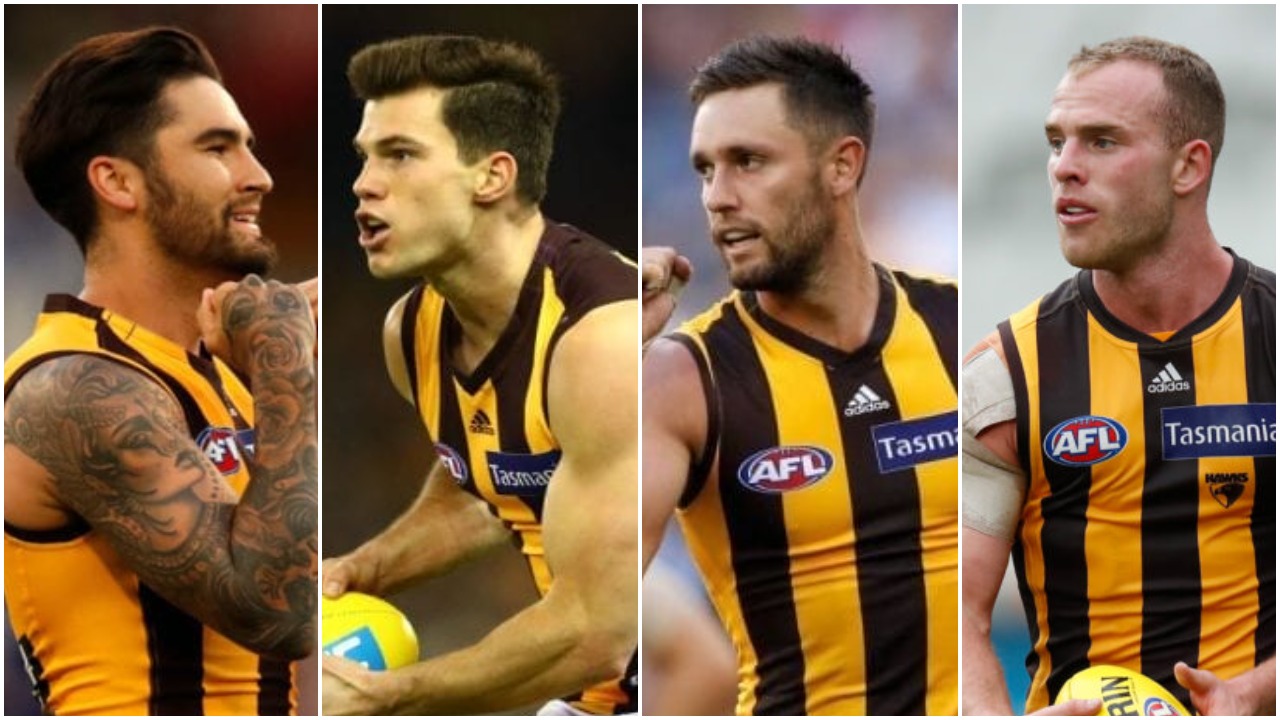 Father-son Eagle set to stay on in the west

West Coast forward Jake Waterman is turning his back on rival interest elsewhere in order to fight for his spot at AFL level with the Eagles in 2022.

The 23-year-old managed just 14 appearances this season, two less than his rookie season in the blue and gold during West Coast's premiership campaign in 2018.

Waterman inked a new deal in October last year that ties his services to Lathlain Park until the end of the 2023 season, having shown promising glimpses as a forward option for coach Adam Simpson.

Why the Suns salary cap is so tight

Gold Coast general manager of list and strategy Craig Cameron has explained that numerous factors have forced the expansion franchise into paying their early draft picks 'overs' ahead of time.

Given the Suns have yet to play finals across their 11 seasons at AFL level, the Carrara-based club have earned and used a bevy of first-round selections on gifted youngsters.

However, Gold Coast are routinely forced to pay above market value to keep said talent on their books, as rival clubs have long seen the sunshine state side as a rich recruiting hotspot.

DETAILS: Suns GM: We have to overpay our kids

Geelong and Fremantle are continuing to work on a trade deal that will see Jordan Clark join the Dockers ahead of Wednesday's trade period deadline.

Both clubs have looked to stand firm in their negotiations for the 20-year-old, with Geelong hoping to land a high selection in exchange for their speedy utility.

Since the standoff first transpired, the Dockers have been able to bolster their hand for next month's National Draft, acquiring Pick 6 from Carlton in the Adam Cerra trade and Picks 19 and 22 from the Suns and Magpies respectively.

With four selections now in the top 22 spots on the draft board, the Dockers may be able to find a desirable conclusion with the Cats in order to land Clark's services.

Is a former Cat set for a Kardinia Park return?

The Cats could look to hand former tall Blake Schlensog a second chance at Kardinia Park following a strong 2021 campaign in the WAFL.

Schlensog was delisted by the Cats at the end of last year after failing to break into Chris Scott's senior side across two seasons at the Cattery.

The 21-year-old joined Geelong as a Next Generation Academy selection on a Category B Rookie contract in 2018 and was utilised as a key defender during his time with the Cats.

Schlensog joined South Fremantle ahead of the 2021 season and played multiple roles for Bulldogs across 20 games for the year.

Newly-appointed Hawthorn coach Sam Mitchell has spoken on the speculation surrounding the future of several senior players at the club.

The Hawks' list management has gained plenty of attention in recent days following a letter sent to members on Thursday by president Jeff Kennett, which suggested some degree of warning that fans "may be surprised" by the club's trade calls this off-season.

The letter prompted some to believe the futures of contracted quartet Tom Mitchell, Jaeger O'Meara, Jack Gunston and Chad Wingard could be under some uncertainty, with the Hawks looking to strengthen their draft hand for next month's count.

North Melbourne have knocked back a sensational offer from Adelaide that would have seen Pick 1 exchange hands for the first time since 2001, with three first-round selections heading to Arden Street in return.

The Crows' move comes as local talent Jason Horne-Francis firms to be the first selection of the upcoming National Draft next month and would be seen as a perfect acquisition for the rebuilding club out of West Lakes.