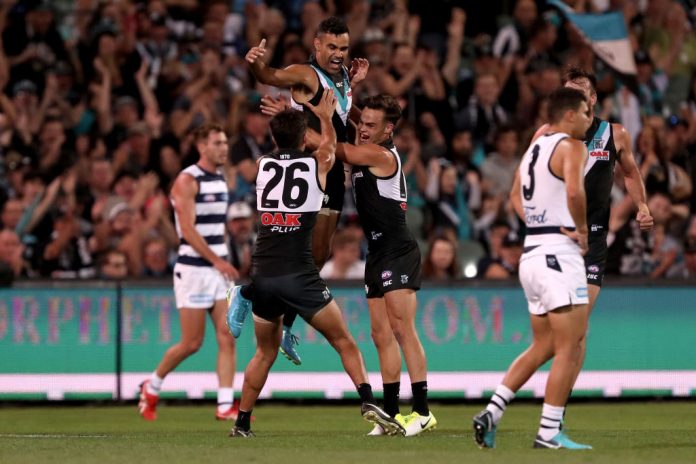 Port Adelaide forward Lindsay Thomas has called time on his career, after 212 games for North Melbourne and the Power.

The 30-year-old played seven games for Port Adelaide in 2018 in his only season for the club, after being selected in the rookie draft at the end of last season.

“I made the decision to retire [on Friday] after speaking with my family and my manager. It just felt right to finish my career [on Saturday] where my senior career started at Port Adelaide,” Thomas told the club’s website.

“I started my junior career in 2004 with Port Adelaide SANFL captain Steven Summerton and to be able to share our retirements today was amazing.”

Thomas also extended a thank you to his former club, saying he feels grateful for the chance the Roos gave him back in 2006.

“I thank North Melbourne who took a punt on me in 2006 and really embraced me and my family. I had an amazing eleven-year career there and I can’t thank them enough.

“And then to come home and finish my career here at Port Adelaide, where it all started, makes me feel very blessed,” he said.

Thomas booted 329 goals over his career including a career-high tally of 53 in 2013.