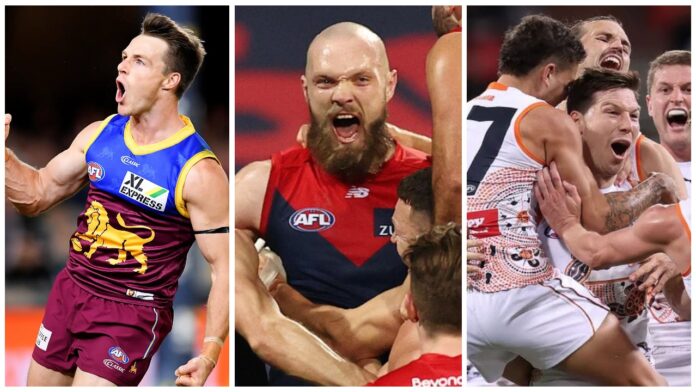 At the end of an AFL season when the medals are awarded and a premiership flag is flying, it's easy to forget all the little moments that made up one grand, unpredictable year.

We've already covered some of our most memorable moments from earlier in the year, and now with the finals series concluded, we've taken a look back at the top 10 highlights in 2021.

Ruckmen aren't often lauded for their ability to kick match-winning goals, especially from the boundary, but Scott Lycett became the Adelaide Oval hero in Round 15 against the Swans.

Three-points up with two-minutes on the clock and a strong Sydney side trying to steal the win, Lycett threw the footy on his boot and kicked a mesmerising goal that sent the Port Adelaide crowd into an equal state of disbelief and amusement.

Anthony Hudson summarised it perfectly just moments after: "Ruckmen aren't supposed to do that!"

They're not, but Lycett did.