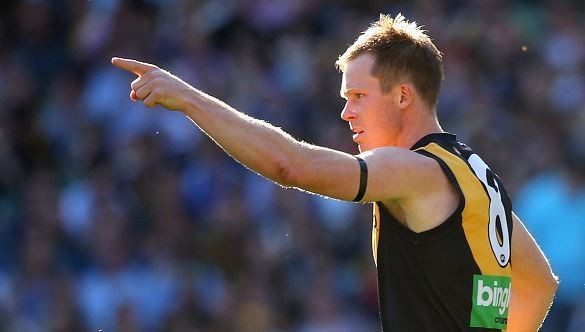 Tigers’ forward Jack Riewoldt insists coach Damien Hardwick is the right man for the job, despite Richmond being knocked out in the first week of the finals for the third straight year.

Riewoldt rubbished suggestions that Hardwick’s position could be in jeopardy with one year left on his contract.

“Not at all. It’s one thing that this group is strong at doing, we really stick together when times are tough,” Riewoldt said.

“This will really hurt the blokes going forward.

“In regards to the meeting yesterday … look, he cares about the footy club.

“The coach I want to play for is the guy that cares deep down about this group, the football club, its fans, its supporters, its members and everyone that’s involved in the Richmond Football Club.

“So, I would have been disappointed if he wasn’t angry, ’cause I was.

“I was frustrated, I was disappointed, I was angry after the game.

“I couldn’t think a better bloke to be playing footy for at the moment.”