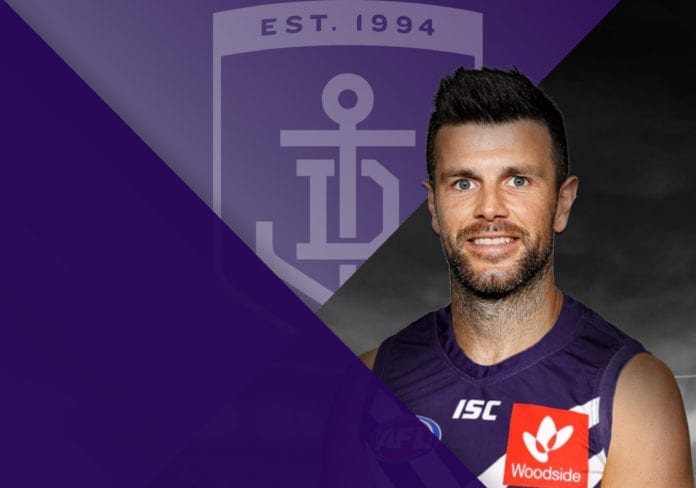 So let’s see which players would go where, if the draft happened today…

Harry McKay is a future star. At only 23 years old, he can pose as the pillar to build a forward line around for the next decade. He can mark everything near him and has elite athleticism for a man his size.

The high-flying defender has made a home for himself down back after a stint up forward. He reads the ball brilliantly and has become on of the game's better intercept marks. He has good foot skills and is a sound decision maker.

Key defenders are hard to come by, lockdown defenders are even harder to find. Talia isn't much interested in getting the football, his soul focus is to stop his opponent getting near it. He's pretty good at it too.

The former steeple chase runner has made his name as one of the game's best defenders, but he is more than just that. He is incredibly flexible, he can go into the ruck when needed, has the ability to play on the wing and use his elite tank. He can also play as a lockdown midfielder, can't put a price on that flexibility.

The up and coming big man had a breakout 2019 and O'Brien has his best years ahead of him as well which makes him a valuable asset. Good tap work followed up by a very good tank allow him to stay involved in the game.

Not many more divisive figures in the AFL than James Sicily, but what you can't deny is his natural ability. An elite ball user and the athletic ability that allows him to play both big and small are huge assets.

Playing in a midfield stacked with stars, Taranto has stood out as one of the Giants' best players. A sign of the maturity of Taranto as he still has his best footy ahead of him. A worthy investment.

Built lightly with speed to burn, Hipwood is a future star. He is a hard matchup due to his speed and athletic ability and is a worry to most defences. Needs to work on his marking but he has time on his side.

Underrated as they come, Davis was the game's best intercept marker in 2019 and was a driving force behind GWS' Grand Final appearance. A terrific leader his football sometimes goes unnoticed.

The man known as "The Trac" has a lot of hype around him - a blistering 2020 pre season and round one performance have the buzz back around the former number two draft pick. He has the build and the trick bag but consistency has been the issue.

Goes without plaudits a lot of the time but is highly regarded by those inside the Tiger army. An elite runner who works opponents over he can also hit the scoreboard. Rarely has a bad game and can play both inside and outside.

Terrific highlights package to get the fans excited upon his arrival, Howe will marshall the defence and when it's his time to fly he will fly. A very good ball user and electrifying runner off half back, Howe is an excitement machine.

Age has proved Cotchin's enemy in this draft but his leadership holds him in good stead. The dual premiership skipper brings tremendous experience and leadership skills that will help guide a new team forward. Still offers plenty as a footballer too.

At his best he is one of the game's most imposing defenders. Maybe 2019 wasn't a year to remember for May but his best footy is still ahead of him if not right here and now.

The speedy defender is almost impossible to catch when at full speed and has great ball use for someone who moves at such a rate. He can defend too, Saad is able to lockdown small forwards while collecting plenty of football himself.

A spell up forward in his second year seemingly delayed the former number one pick's development but he has since arrived as one of the game's best defenders. Weitering is an elite intercept marker and has great foot skills. His decision making is usually spot on and he has plenty of upside.

Groin injuries may be what we remember Daniher for, but he is worth the risk at pick 71. If he can get his body right he is a scary prospect. A booming left peg and speed to burn he is the total package. All just a matter of his groins.

Curnow was the game's hottest prospect ahead of 2019 but knee injuries saw him miss chunks of the season. When fit he is an elite runner and can kick a bag. Can play as a high and deep forward and is a great aerialist. His knee is the only issue and whether he can get it right.