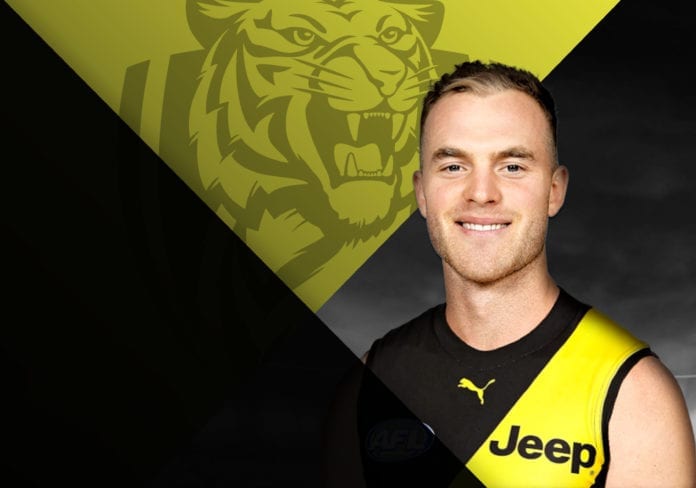 See also: The First Round

So let’s see which players would go where, if the draft happened today.

The 2018 Brownlow Medalist kicks off the second round of selections. Coming back from a broken leg there are some queries on Mitchell’s future, but he is in the prime of his career and hasn’t lost the ability to win the football. His ball-winning ability is unparalleled.

The star onballer been a crucial player in Richmond’s recent success. Prestia is an elite inside midfielder and has good outside skills to match. Prestia slips through the net sometimes at Richmond and can seriously dominate a game of football.

Darling has taken the reigns at West Coast as their number one forward over the last two seasons, announcing himself as star in the 2019 Grand Final and exercising the demons from his quiet 2015 Grand Final performance. Since then, Darling has been ever consistent – he can kick goals from anywhere and is almost an impossible matchup.

The man widely regarded as the best small forward in the game todaty, Cameron is as dangerous a player one-on-one in the competition. Electrifying pace and an elite goal sense make the lively forward a joy to watch and worth the price of admission alone.

De Goey is the hybrid forward/midfielder that the current game is raving about. An ability to outmark most defenders and beat just as many on the ground, he also has the engine to play in the guts when needed. It’s a rare mix that makes De Goey a value pick.

Walters has become Mr Clutch for the Dockers over the past few years, coming up big when needed. And that kind of player is worth their weight in gold. Heading to Brisbane will allow Walters to take the spot left open by Charlie Cameron and keep the Lions’ fans on their toes.

A club that has long hunted for the big full-forward type, finally gets their man. No one defines the traditional full-forward like Ben Brown. Brown was unlucky not to win the 2019 Coleman Medal and proved himself a major goalkicking asset. A strong cog to build around.

The Bombers pick up the 2019 All-Australian with pick 26, and what a get it is! The young defender is a brilliant type to bring into the doors with an early pick. Andrews can intercept mark well and has a good balance of knowing just when to lock down.

At 31 Riewoldt slides down the draft but finds himself under the guidance of a coach who can help experienced players stay at their peak. Jack has become a more complete forward in recent years and is one of the most reliable set shots in the game – a skill that is timeless.

Hill is arguably the competition’s number one running player and brings skills and finesse to the table to round it off. A valuable selection who will give you everything and set a really high standard inside the four walls.

Not the sexiest pick in the draft but one that will go over well with most fans – Grimes is a pure lock down defender and is very very good at it. Almost like white on rice, Grimes becomes attached to his opponents side and never seems to leave. Will help lockdown most forwards both big and small.

Papley wants his homecoming and gets it through this draft. The small forward is rated highly amongst the league and showed what he can do on the big stage with four goals in the 2020 State of Origin game. Only 23 years old, Papley has his best years ahead of him.

A difficult one, Toby Greene could probably could go higher but is a hard sell to supporters. A player that divides opinion amongst fans and can polarise even those who are fans of him. At his best he is a star prospect but when he’s misbehaving on or off-field it’s hard to use an early pick on him. Worth the risk?

Dunkley has the rare ability to both attack and defend with elite results. Can accumulate the ball at will and kick goals going forward, and also lockdown as a tagger. Happy to use his ball winning ability when tagging to hurt opposition stars, Dunkley is one of the game’s most versatile mids.

Some things never change…Heeney is another hybrid player that can float forward and kick a bag while managing to accumulate the ball in the midfield. A player that doesn’t need to find much of it to hurt opposition is what makes him such a valuable asset to Sydney.

Natinui is one of the game’s best ruckmen when fit…the problem is he’s not always fit. Serious injuries have haunted Natinui’s career over the years but the flashes of his best have been incredible. An elite highlight package to get the members excited.

Laird is a terrific intercept defender, especially for someone undersized. His elite rebounding and ball use is what makes him great, Laird brings a massive bag of tricks to the table. Has a lot of football ahead of him too. Good get at pick 35.

A hard nosed midfielder and the Gold Coast engine room is starting to take shape. Paired with Patrick Cripps, the ball winning ability of the Suns will be hard to match. Oliver can find the ball inside at will and is very creative by hand.