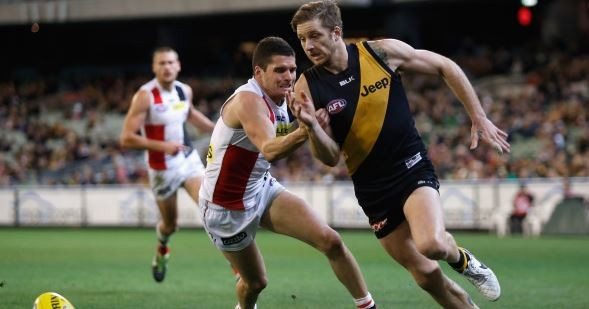 Richmond utility Ricky Petterd  has been forced into retirement due to a serious foot injury.

Petterd  had surgery earlier this year after suffering the injury in round two against the Western Bulldogs.

The 27-year-old played 84 games with Melbourne and Richmond.

“It hasn’t healed as well as we thought it was going to. I ran for the first time on the weekend, and it pulled up pretty ginger again, so that was kind of the last straw for me.

“The docs and the physios were doing everything right to get it there, but it’s just not going as quick as we thought.

“To get the opportunity to be in the system for nine years, I consider myself very lucky.”