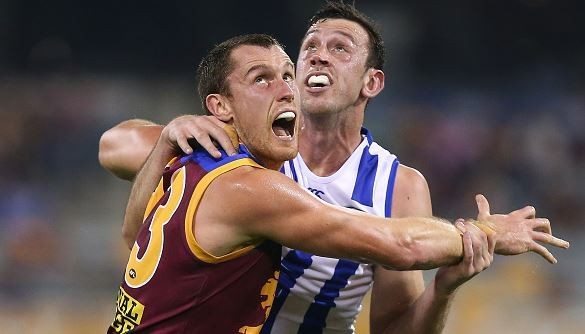 Fremantle has emerged as the front runner to sign Brisbane ruckman Matthew Leuenberger.

The restricted free agent is also being hotly pursued by Sydney, Essendon and Geelong, with Brisbane reportedly accepting the fact the the 27-year-old will leave the club.

Leuenberger is believed to be the number one ruck target for both Sydney and Essendon.

He has played 108 games with the Lions since making his debut in 2007.

Essendon, Sydney and Geelong are also interested in signing Gold Coast ruckman Zac Smith, who is keen to leave the Suns to pursue a number one ruck position at a new club.