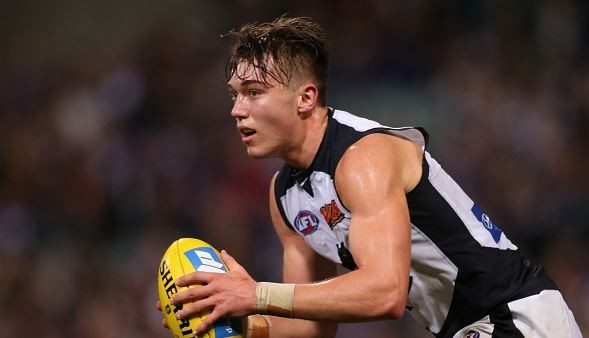 The 20-year-old became the youngest ever winner of the John Nicholls Medal, winning with 68 votes votes, one ahead of captain Marc Murphy and four ahead of third placed Zach Tuohy.

Cripps is in his second year at the Blues, after being taken with the No. 13 pick in the 2013 National Draft.

He averaged 23.5 disposals this season and 13.7 contested possessions and 6.5 clearances.

All the winners from every club’s best and fairest awards so far: