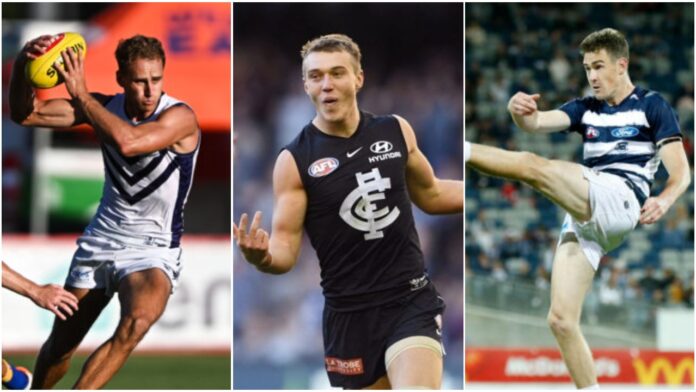 We've reached the midway mark of the 2022 AFL season, and in this chapter we reveal our mid-season awards.

The opening half of year has offered plenty of thrills and spills, with each club forging an identity as we begin to work through the final stretch of this premiership race.

Individuals have stuck their neck out in contention for particular awards, and here we detail who may be leading the honours as we turn to the second half of the season.

Our All-Australian side is headlined by five Demons earning a jacket after the opening 12 rounds, four of which doing so after earning a nod last year.

Clayton Oliver, Max Gawn, Steven May and Christian Petracca are joined by winger Ed Langdon in our All-Australian side, which is led by Blues onballer Patrick Cripps.

Saints duo Cal Wilkie and Jack Sinclair earn their maiden jackets after a prolific start to their respective campaigns, while a further nine players also land their first All-Australian selections.

Gawn will share the ruck duties with Sun Jarrod Witts, with the latter earning a place on the interchange alongside Swan Callum Mills, Blue Sam Docherty and Docker Andrew Brayshaw.