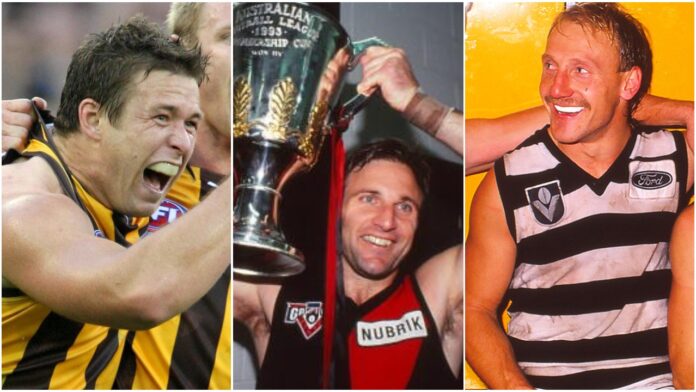 There has been a number of AFL players who have retired yet changed their mind and eventually retuned to footy.

We take a look at 10 of the best comeback stories - based off success, contribution and overall story behind it, after returning to the game.

Chris Mew was an important part of the dominant Hawthorn side in the 80s and early 90s. So much that word has it, coach Allan Jeans pencilled Mew's name first every week.

Mew retired after the 1989 premiership, his fourth to that point, however, he changed his decision after weekly visits from Jeans persuaded him to play on.

Following this, Mew would continue to feature in the team, playing a career total of 230 games, including a fifth flag in 1991.