The arm wrestle game saw a close contest between the Northern Blues and Frankston, but the Blues came out on top with a 25 point victory.

Patrick Kerr was the man of the match, bagging six goals for the Northern Blues from 16 disposals and seven marks. Kerr’s performance will put him in the mind of senior side selectors especially following Carlton poor AFL performance.

Darcy Lang dominated the midfield, collecting 28 disposals and finishing with a goal, whilst Alex Fasolo was all class up forward. The former Magpie added plenty of experience on the field, finishing the day with two goals from 19 disposals and 10 marks.

The Northern Blues hope to make it three straight wins when they play the curtain raiser match against Sandringham at Marvel Stadium this Sunday.

A close first half saw Colllingwood up by two points at the half time break, but a surge of strength from Geelong saw them take the lead by 17 points at three quarter time before ultimately defeating Colllingwood by seven points.

Big man Zac Smith hasn’t had an AFL call up in over a year, but that may soon change after an outstanding performance in Geelong’s seven point victory. Smith finished with 21 disposals and had 48 hit-outs. Tall forward Wylie Buzza was also a standout for Geelong, kicking five of his side’s 10 goals earning him a spot among Geelong’s best.

Scott Selwood was strong in the midfield, collecting 21 disposals and laying a solid 11 tackles whilst Lachie Fogarty pressured his opposition up forward, laying a game-high 15 tackles and collecting 13 disposals.

Geelong will work towards their third win of the season this week as they host Coburg at GMHBA Stadium this Saturday.

Brayden Sier is yet to play an AFL match this season following a string of niggles, but is improving and moving well as the weeks go on. Sier finished with 24 disposals and a goal in his sides loss over the weekend.

Josh Daicos showed off his clean skills, collecting 23 possessions as well as a goal whilst wingman Ben Crocker had 12 disposals in the first quarter and finished the day with 29.

Collingwood will host Box Hill Hawks this Saturday, both teams look to secure a win after coming off of losses in round seven.

Essendon dominated the first quarter kicking seven goals to Sandringham’s two. Despite fighting back and only being down 16 points heading in to the final term, Sandringham were unable to turn the game around, allowing Essendon to walk away with the win.

A haul of AFL listed players took the field for Sandringham but most impressive were Max King and Hunter Clarke.

In King’s second game for the VFL side following a knee construction, the young draftee showed promising signs after slotting four goals from six disposals. Clarke continues to place himself in contention for an AFL recall after another stunning 32 disposal game and finishing with a goal.

Sandringham will face the in-form Northern Blues in round eight as they work towards their fourth win for the season.

Essendon are back on the winners list after their 13 point victory over Sandringham.

David Myers responded with class to his AFL omission. The midfielder found plenty of the ball with 29 disposals alongside three goals for the day.

Jordan Ridley had 16 possessions before half-time and finished the day with 21. Fellow youngster Dylan Clarke also had 21 disposals for the day.

Essendon will have to work hard if they wish to back to back this week when they face the undefeated Richmond on Saturday afternoon.

Richmond’s Daniel Rioli returned for his first game following rib and quad issues. Rioli was very influential in his sides eight point victory, especially during the third term, finishing the day with 18 disposals and seven tackles.

Dan Butler was impressive, the speedster kicking 3.2 from his 17 disposals whilst fellow premiership player Jacob Townsend was also dominant with 19 disposals and five tackles.

Other notable mentions include Maverick Weller and Mabior Chol who kicked one and two goals respectively.

Richmond look to continue their perfect start to the season when they come up against Essendon later this week.

Despite being held scoreless in the first quarter, the Hawks fought back and closed the gap to just two points at three quarter time but were unable to match the pressure put on them by Richmond, ultimately leading to an eight point defeat.

Jarryd Roughead was unable to back up his stellar performance last week, kicking only one goal against the Tigers.

Other notable mentions include Daniel Howe, Kaiden Brand and David Mirra. Howe was strong in the midfield, finishing with a team-high 25 disposals. Backmen Brand and Mirra were strong in defence taking 19 marks between them. Mirra also finished with 23 disposals.

Box Hill have the opportunity to redeem themselves next week when they face Collingwood who have been struggling the past few weeks.

Corey Wagner was sensational, putting on a best on ground performance for Casey Demons after flying back on the red-eye from Perth after being named an emergency for the AFL side. Wagner finished the game with 23 disposals.

Jake Lever played for a restricted amount of time and came out unscathed after his first game back from injury. Lever moved well, finishing with seven disposals.

Corey Maynard and Braydon Preuss both played well across the midfield. Preuss finished with 16 disposals, 34 hit-outs and two goals whilst Maynard won plenty of the ball, collecting 21 disposals.

Casey Demons will travel to Downer Oval to face Williamstown this Sunday.

Footscray were able to secure the win against Werribee after an impressive four quarters of football that saw them lead at every break.

Patrick Lipinski led the disposal count with 30 disposals and also scored a goal, earning himself a place in the best on ground. Not far behind, Bailey Williams found plenty of the ball with 28 disposals.

Bailey Dale was impressive for the Bulldogs, slotting three goals and collecting 20 disposals in his sides 11-point win over Footscray. Josh Schache also added a goal to the scoreboard on top of his 17 disposals and eight marks.

Lin Jong returned for is first game since a burst appendix, finishing with nine disposals.

Footscray have the opportunity to go back to back when they host North Melbourne next week. 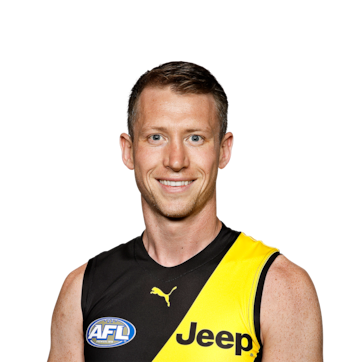