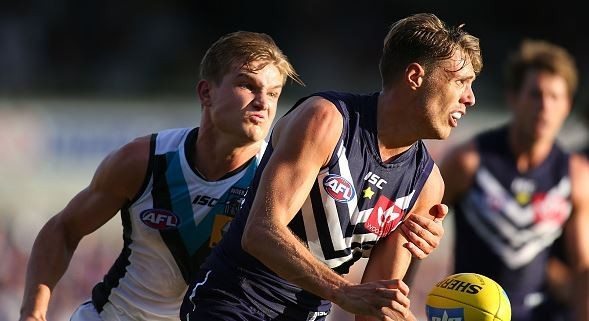 Fremantle has announced its second re-signing in as many days, with Tommy Sheridan joining Haydne Crozier in signing two year contract extensions.

Sheridan has played 34 career games in four season with the Dockers, including 15 this season to establish himself as a regular in the Fremantle side.

“I was always going to stay,” The 21-year-old told the club’s website.

“There is a great group of lads here.

“To get two more years at Freo is an honour.”