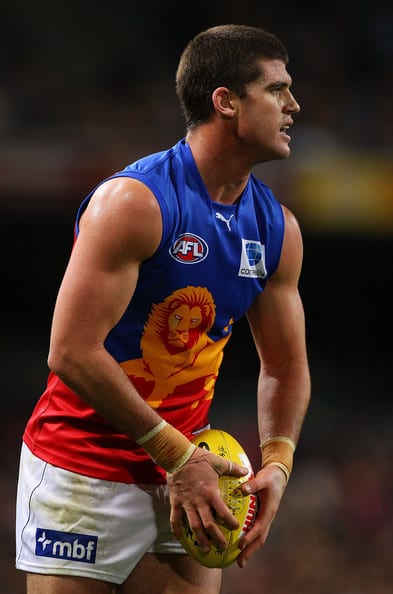 Former Brisbane Lions premiership pair Simon Black and Jonathan Brown are the latest names to be added to the Australian Football Hall of Fame.

Both key figures of the Lions’ three-peat success in the early 2000’s, the duo join former St Kilda star Lenny Hayes as the current intake to the Hall of Fame in 2020.

Brown, originally a father-son selection for the Lions, booted close to 600 goals from his 256-game career with Brisbane and was heralded as one of the games most courageous players in it history.

“When you develop that self-belief … it was about really trying to play with a presence.

“It was an amazing feeling and I always tried to keep myself in a game and continue to compete.

“That was my best way of showing presence.”

Black, a Brownlow medalist and Brisbane’s record games holder was unanimously voted into the Hall of Fame in 2019, but was unable to make the ceremony due to reality television commitments.

“He was the ultimate teammate, you knew what you’d get every week,” Brown said.

“You knew the competitiveness that he’d bring and his calmness under fire.

“I would argue that Simon Black’s the most underrated superstar in our game.”

Black is the final member of the Lions’ famous ‘Fab Four’ midfield group to be inducted into the Hall of Fame, joining former teammates Michael Voss, Jason Akermanis and Nigel Lappin.

“It was incredibly special, it was almost like we were brothers in the backyard,” Black said.

“We had this synergy that we knew where each other were going to be.

“If I had the ball, I’d always hear a voice that always seemed to be in a good position to offload the ball to.

“It was a real treat to be a part of that group.”

A further four members will be inducted into the AFL Hall of Fame in the coming days, with the next intake to be announced on Fox Footy.