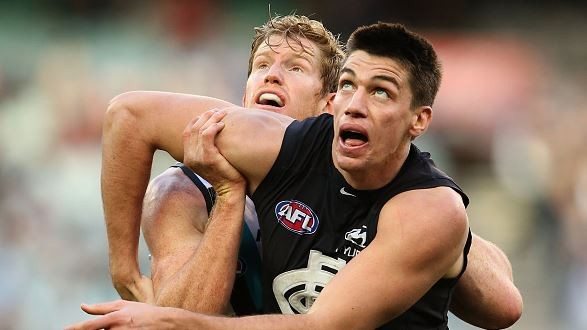 Collingwood is leading the race to sign Carlton’s Matthew Kreuzer.

As reported by The Herald Sun, Zero Hanger also understands that discussions are taking place between Collingwood and Kreuzer’s manager to secure the restricted free agent on a deal worth between $600,000-$650,000 per year.

There is still a lot that needs to happen before the deal is finalised, however, the Magpies now appear to be firmly in the box seat to secure the 26-year-old’s services.

Kreuzer has struggled with injury over his career since being taken as the No. 1 draft pick in the 2007 National Draft, playing 119 games in eight season with the Blues.