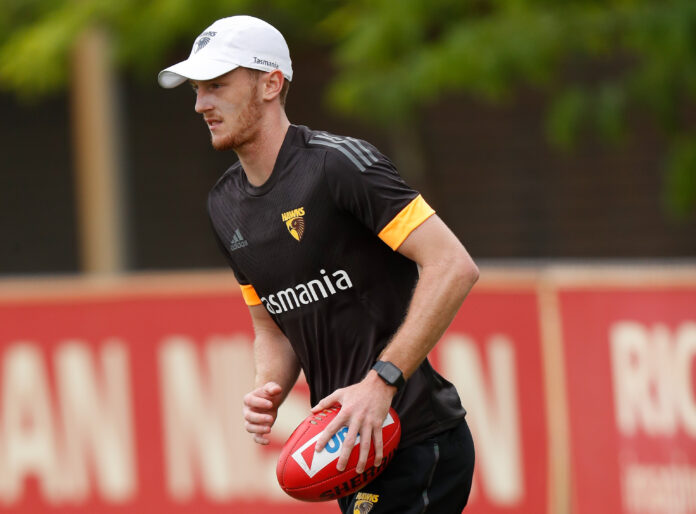 Hawthorn has prioritised youth in the wake of Sam Mitchell's takeover at Waverley as young defender Denver Grainger-Barras has been extended through to the end of 2024.

The former No.6 pick impressed in his limited showing last season, as he managed five games after a knee injury hampered the early stages of his debut year.

Grainger-Barras immediately highlighted the type of impact he would have during his time at Hawthorn, as on debut against the Giants in Round 15 he immediately thrust himself into aerial contests where he displayed his knack for marking and one-on-one defending.

Given his propensity to put forth pure defensive efforts that are reminiscent of an old-school footballer, securing Grainger-Barras' services was a timely move for the Hawks as they continue to retool their list for the future.

Want to see something crazy. Check this out. Found this in the archives. Just wait for it 😂 pic.twitter.com/vrmyY7DXNr

Mark McKenzie, the Hawks' National Recruiting & List Manager, had the following to say in regards to the 19-year-old's re-signing.

“It’s great news for the club and exciting for our fans to have Denver commit for a further two years,” McKenzie said.

“He is one that brings a great energy to the side, will throw himself at every contest, reads the ball well and provides a strong aerial presence down back.

“He has shown a real willingness to compete and absorb as much as he can, and we’re confident he’ll continue to improve in 2022.

“We know Denver will take confidence from his form across his appearances last season and we’re excited to see where further development can take him over future years.”

With their defensive cornerstone now locked up, It will be intriguing to monitor who else Hawthorn believes is fit for the club's future endeavors.