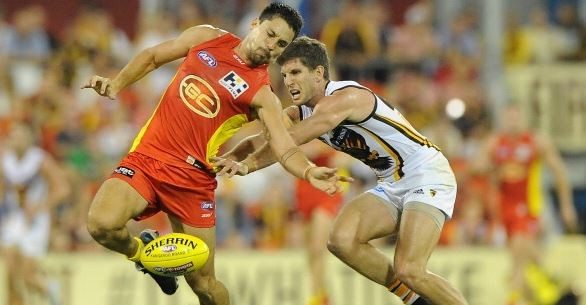 Gold Coast defender Greg Broughton will play his last game this weekend, after announcing his retirement from AFL.

Broughton spent four years at Fremantle before crossing to the Suns at the end of 2012, but struggled with injuries during his time up north, restricting him to 37 games in three seasons, for a total of 110 career games.

“I think it’s a pretty easy decision on my behalf.

“I think early days my body would hold up (better). I think I like to say I’m more of a crash and bash type player.

“In the latter stages of my career I started to get sorer and sorer and more injuries.”

Broughton was picked up by the Dockers with pick No. 79 in the 2009 rookie draft after winning three consecutive premierships with Subiaco in the WAFL.