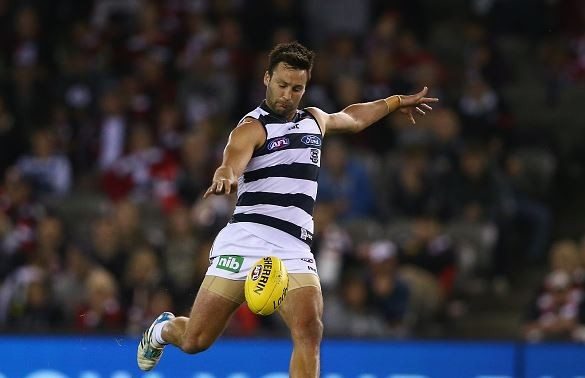 Geelong veteran Jimmy Bartel has signed on for 2016 to play his 15th season in the AFL.

The 31-year-old has played 283 games since being taken with the No. 8 pick in the 2002 National Draft and could become just the fourth player to play 300 games for Geelong.

Bartel is a two-time All-Australian, three-time premiership player, a Norm Smith Medalist and a Brownlow Medalist.