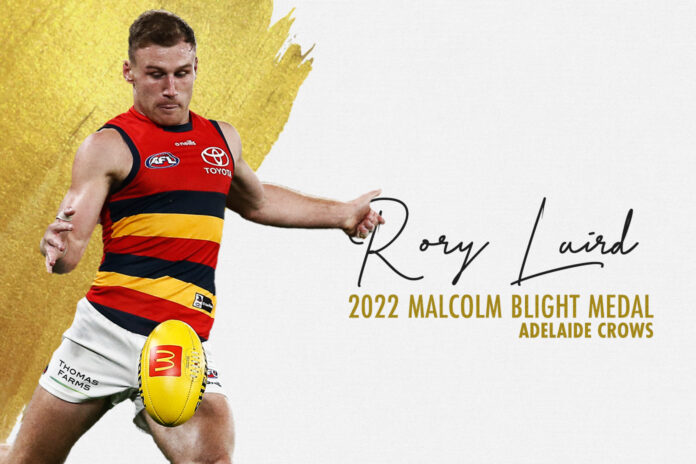 Rory Laird has capped yet another stellar year by winning his third Adelaide Crows best and fairest award. The versatile midfielder was brilliant all season, narrowly winning the count by four votes despite missing the first two games of the season.

Having been consistently one of the most elite midfielders in the competition, Laird took his game to new levels in 2022, finishing second in the league for average disposals per game (33). He also ranked elite for disposals, tackles and clearances.

Perhaps his most impressive accomplishment in 2022 however, was breaking the AFL record for most tackles in a game, registering 20 against Collingwood in Round 18.

Despite such an impressive performance, it seems Laird's brilliance was still not enough. He was perhaps the most unlucky player in the competition to miss an All-Australian selection in 2022.

Keays' dedication was also recognised with him winning the Dr Brian Sando OAM Trophy for outstanding professionalism and commitment to play at the highest level.

Laird's golden night didn't end with the Best and Fairest win, he was also awarded the Players' Trademark award, while Dawson was announced as the Members' MVP.