Let’s be honest here, Melbourne has been one of the laughing stocks of the competition for the bulk of the past 13 seasons.

Despite an admirable surge in 2018, everything else has been underwhelming for the Demons.

A big portion of the laughing has been due to Melbourne’s decisions on draft day. On one of the most important days on the AFL calendar, they’ve passed on big names such as; Nat Fyfe, Nic Naitanui, Robbie Gray and Patrick Dangerfield.

But tonight, their new resurgence can happen and the Grand Old Flag may have their new man…young man that is.

By taking Western Australian Luke Jackson at pick three, Melbourne will be rewarded. The time is now for Melbourne to make a brave but bold move and draft a ruckman with their first overall pick. This guy is totally worth it.

“He is a real competitor, he fights for it and chases it and he just doesn’t like to get beat,”- Peter Sumich

Great ruckman are hard to come by. In recent times, the likes of Dean Cox and Aaron Sandilands… Matthew Primus and Luke Darcy if you want to go back even further, have been the cornerstone bigs over the last 20 years.

Nic Naitanui also cameos and lights up the ground when he is not injured of course.

Over the past three seasons the ruckman revolution has arrived on the scene as Max Gawn and Brodie Grundy have taken the AFL world by storm.

Both have made All Australian Teams, both have won and saved games for Melbourne and Collingwood and both have turned themselves into their own brand making themselves two of the most popular players in the AFL.

18-year-old Luke Jackson can perhaps continue the legacy of Gawn when his time is up, therefore Melbourne needs to invest in the talented youngster to fill the void.

Brayden Pruess looks to be a decent performer for the Dees over the next 10 years, but does he have the exquisite ruckman prowess to be a dominant ruckman? I doubt it.

Jackson’s basketball background is also intriguing as he represented Australia in 2018 in the Under-17 championships before focusing on football.

Basketball is a game that teaches athletes to compete and control in tight claustrophobic spaces.

It develops an understanding of the basic concepts of a zone, it teaches athletes how to use vision in pressurized situations and like any team sport it teaches communication skills.

AFL stars such as Scott Pendlebury, Marcus Bontempelli and Dyson Heppell all come from basketball backgrounds and were successful junior basketballers growing up.

Having Jackson as former Australian basketballer will be a big tick for recruiters heading into tonight’s draft.

His ability to go forward has also caught the eye of recruiters as coming into the AFL with the ability to play multiple positions is a requirement.

Melbourne’s glaring deficiencies lie in their forward line so why not try the kid out and just tell him to run and jump at the ball? He and Bailey Frisch could be a nightmare aerially for opposition defenders.

If he can get it right, competing in the air with an almost 200cm will always present a challenge — just ask Richmond’s backline (2018 Prelim).

Melbourne has been extremely brave this off-season by drafting GWS’s Adam Tomlinson and Fremantle’s Ed Langdon during the trade period.

They have traded some draft picks for not other draft picks but for actual ready-made players — so that tells me they still believe they can win a flag in 2020/21.

They may even draft Kysaiah Pickett with their second pick (Pick 10), who is one of the most talented indigenous talents in this year’s draft. Pickett is the nephew of former Port Adelaide champion, Bryon Pickett.

All eyes will be on the Demons when they travel west to face the Eagles in round one.

After last season’s stunning plummet from a prelim final birth to finishing second-last on the ladder, season 2020 will be the most important one yet for Simon Goodwin and his team.

They’ve been brave in the off-season and they need to be brave tonight. It would be a disaster if they let Luke Jackson slip through their fingers. 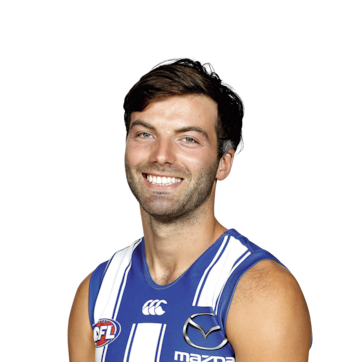