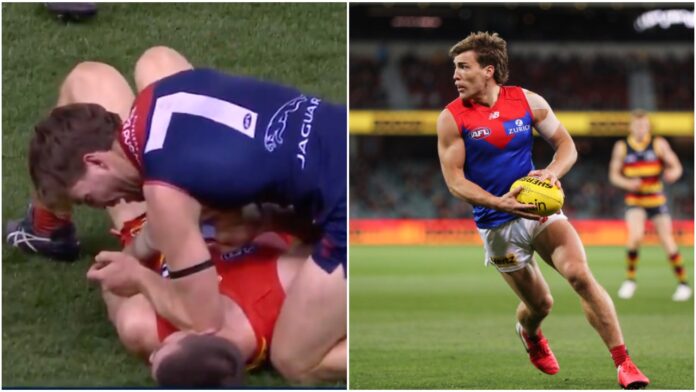 Demons midfielder Jack Viney is in hot water after being sent straight to the Tribunal for a forceful act on Suns defender Sam Collins.

After reviewing footage of the incident, Match Review Officer Michael Christian has placed Viney to face the Tribunal for his damning actions that see the Demons star push his arm down on Collins' neck.

"That's as bad a look as we could have." Jason Dunstall isn't a fan of this Jack Viney incident... 🗣 #AFL360 pic.twitter.com/p8nKIDB00b

The incident occurred in final quarter of Sunday's clash between Melbourne and Gold Coast, and has been deemed as "serious misconduct".

The 27-year-old will be able to accept an early guilty plea.

Viney returned to the Demons' lineup in Round 15 after battling a toe injury sustained early in the 2021 season.

The Tribunal will reveal their verdict on the matter in the coming days.