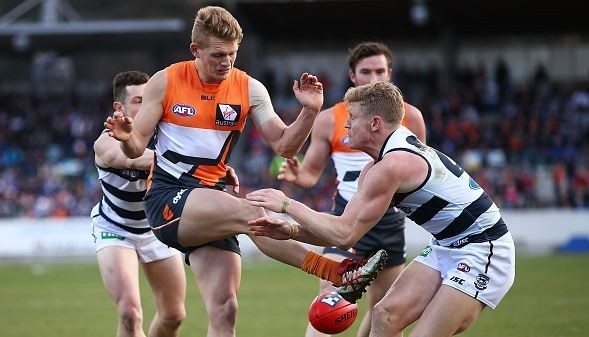 With the trade period done and dusted and all teams now focusing on the draft, it’s time to assess just how well every team did during the two-week feeding frenzy.

We’ve ranked every team from one to 18, using a ‘trade period ladder’.

How did your team fair?

Starting at the bottom, and unfortunately it’s the hapless Brisbane Lions.

After doing a good job during the trade period last year, their efforts failed to reciprocate on the field, and second-last on the ladder was not enough to convince promising young stars James Aish and Jack Redden to stick around.

The best of their in pile this year is Ryan Bastinac, and after their first pick in the draft (#2) they won’t be picking again until the third round.

They still have a good young team, but it seems like it will be another season of struggle for the luckless Lions.

North Melbourne needed to bulk up this off-season by adding some more midfield depth, but unfortunately, they only lightened their load in the engine room.

They swapped pick No. 15 for talented young Hawk Jed Anderson, who may or may not play senior footy, and have a late first and a few early second-rounders, but apart from that, nothing from North this off-season.

All credit for trying to add players such as Jake Carlisle and James Aish, but at the end of the day, they got donuts.

Have the teams below them improved enough to knock the Kangaroos down the ladder? Only time will tell.

Post that however, all quiet on the western front.

The Western Bulldogs didn’t have a bad trade period, in fact, they barely had one at all.

Apart from Suckling, they brought in some early second and some later draft picks, and they let go of Michael Talia to Sydney and their only first-rounder (#11) to Carlton.

Given they are approaching their premiership window, it would be good to see the Bulldogs being more active at this time of year.

For their inactivity, the Bulldogs come in at third last on the ladder.

While only one of those players is a star, given the fact that GWS proved to themselves the importance of depth this year, you would have thought that they would have wanted to hold onto most of those listed.

They added two former Cats in Steve Johnson and Dawson Simpson. They also picked up a swag of picks, their most useful one pick 10, which they will use on academy youngster Jacob Hopper.

However, similar to North Melbourne, considering where the Giants are at, effective player additions were the way to go this off-season, and that didn’t happen.