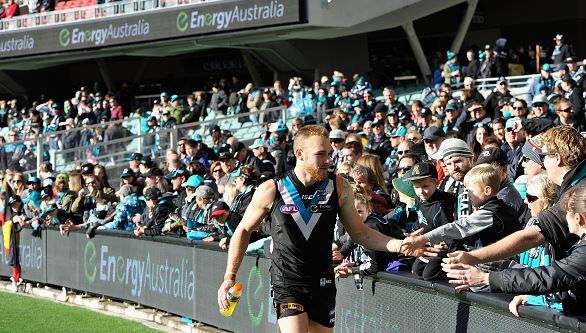 Discarded Port Adelaide midfielder Andrew Moore has been signed as a delisted free agent by Richmond.

Moore was the No. 9 pick in the 2009 National Draft, before playing 55 games in six seasons with the Power, including just five games in 2015.

Moore is the younger brother of former Richmond player, Kelvin who played 87 games in eight seasons at Punt Road, before injuries forced him into retirement in 2012, at just 28 years of age.

Moore has signed a one-year contract with Richmond.